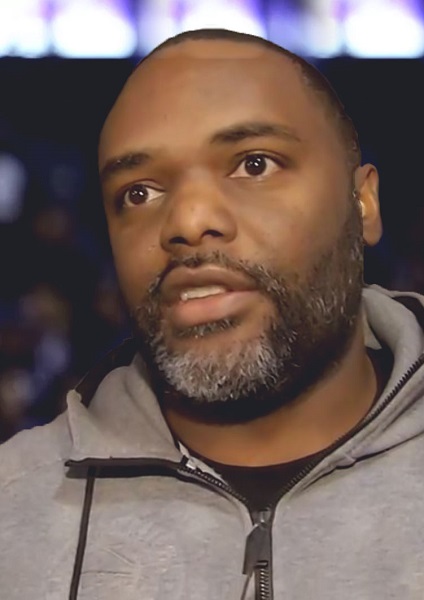 Rayford Young Sr aged 44 years is the proud dad of Trae Young. He is also a former college basketball athlete.

On the occasion of father’s day, Trae gave his father one of the most thoughtful gifts. The NBA star took off his jersey and handed it to his dad as the Hawks won the Eastern Conference Semifinals.

The moment was both hear touching and filled with pride for Rayford Sr.

Rayford Young Sr is the dad of Trae Young.

Trae is a 22 years old NBA sensation who plays for the Atlanta Hawks. Interestingly, he inherits his athletic genes from his father, who was also a former basketball player.

Rayford Young Sr is married to his wife Candice Dawn. Candice grew up in a very religious family. Furthermore, the couple met each other as high-school students and even attended college together.

Trae is the first-born child of the sweethearts. Likewise, Rayford Young Sr other family members include his 3 younger children: Tim, Caitlyn and Camryn.

Rayford Young Sr stands at a height of 5 feet and 11 inches tall.

He has played as a professional basketball player in European countries like Spain, France, Italy, and Portugal. Similarly, he was mainly positioned as a Guard for the teams.

His College and High School Career

He maintained impressive stats throughout his college career. In fact, Rayford averaged 14.1 points and 3.8 assists within 108 games for Texas Tech.

However, the college basketball sensation remained undrafted in the NBA. Nevertheless, he continued to play across Europe and for teams like FC Porto.

Eventually, he found a job as a graduate assistant. He also finished his degree and began his profession in medical equipment sales.

Today, Trae is carrying his father’s NBA dream. In 2020, he even became NBA All-star.