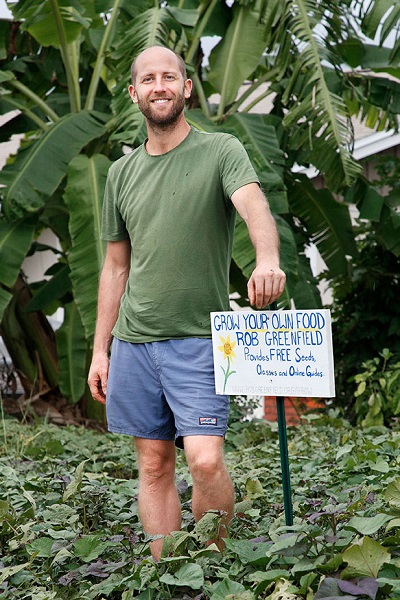 Rob Greenfield is a notable and unique American environmental activist, adventurer, and entrepreneur. He always surprises his fans by doing unusual activities, often with attention-grabbing tactics. Also, he is a speaker, author, and ambassador to One Percent of the Planet, an international organization where the members spent at least 1 percent of their annual sales on environmental causes.

As mentioned above, Rob is also an author. In 2015, he published a book called Dude Making a Difference. Similarly, his other books, Food Freedom: A Year of Growing and Foraging 100 Percent of My Food, and Why It Matters is in the publishing process.