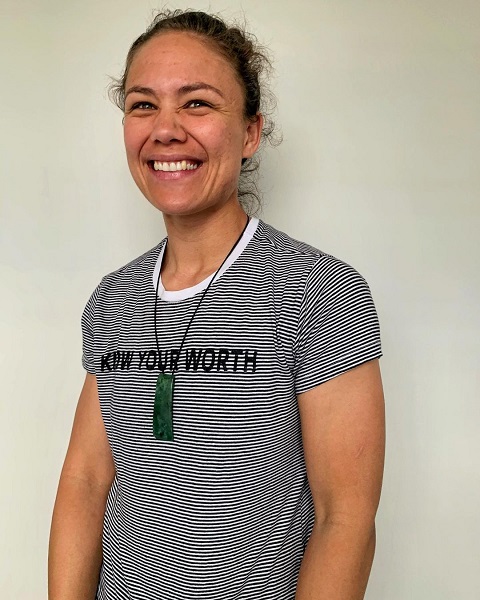 Ruby Tui partner is not known ti anyone yet. The famous sportsperson has never talked about her relationship status publicly.

Ruby Tui is a professional rugby player who plays rugby sevens in New Zealand and has won the silver medal in the 2016 Summer Olympics tournament.

Who Is Ruby Tui Partner Or Husband?

Ruby Tui has never disclosed any information about her partner or husband until now.

Moreover, she has also not revealed whether she is in a relationship with someone or living a single life as she has not shared anything about her love life for now.

The famous rugby player is totally concentrating on her career which has not given her much time to get into any relationships.

She can be found on Instagram under the username @rubytui, where she has shared 981 posts and has already gained more than 32.7 thousand followers on her Instagram account.

Ruby Tui Age: Get To Know Her Height

She was born to a Samoan father and Irish-Scottish mother on December 13, 1991, in Wellington, New Zealand, but Ruby has not talked about her early life.

However, it is known that she received a scholarship to study at Aoraki Polytechnic and she completed a Diploma in Sport in 2013.

Tui made her professional debut in the year 2012 in Fiji and since then she has been a part of the national setup.

Tui’s actual net worth is yet to be reviewed and revealed.

However, she certainly has added a decent amount of money from her professional career and moreover, being a sports sensation there is no doubt that she is a part of some endorsements as well.

As she is earning from both her profession as well as earning from some secondary sources she has given herself a lavish lifestyle.

She has not shared much about her lavish lifestyle on Instagram but we can see that she loves to travel and be with nature in her free time.

Ruby has achieved the title of World Rugby Women’s Sevens Player of the Year in 2019 which is one of her greatest life achievements.

Tui has been described as a powerful and aggressive prop and she is the product of the Go4Gold campaign of the New Zealand Rugby Union.