Sadie Crowell is an American social media star primarily known for her vlogging YouTube channel with 700K subscribers on which she posts videos almost every week. She has 923K fans on TikTok, and even though she joined TikTok much later than YouTube, several of her new fans came from TikTok to YouTube looking for her older content. She also has 328k followers on Instagram. She is known for her unapologetically candid videos that her fans find very relatable. She regularly features her friends and family members on her “Drive with Us” videos. She offers merchandise through her own merch store and fanjoy.co. 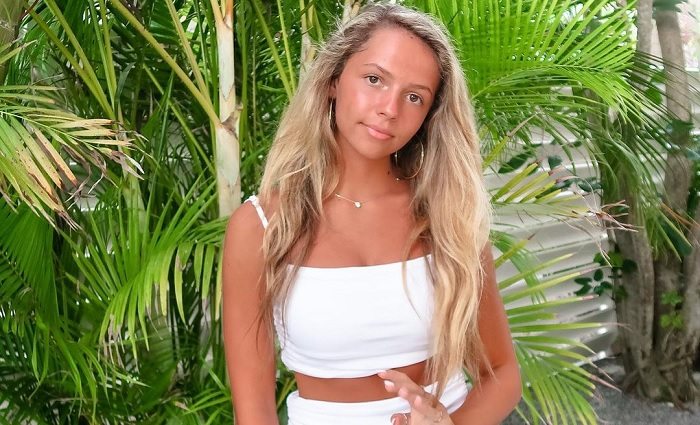 She Started Vlogging for Her Friend

Sadie Crowell has always been interested in making videos and wanted to be successful on YouTube. However, she initially began making vlogs because she had a lot of time in hand after her best friend Bella relocated to Poland and she wanted to share moments of her life with her through the videos. She started her YouTube channel in April 2018 and uploaded her first video, titled “I CANT BELIEVE SHE DID THIS”, on June 8, 2019. Once she stared vlogging on YouTube, she was very regular on the platform. She mostly vlogged while traveling in car and often featured her friends and family members in her videos. Till today, her “Drive with Us” videos are the most common type of video on her channel.

In late 2019, Sadie uploaded a bunch of videos during the Christmas holiday, including a “Vlogmas” series of over a dozen videos.  In one of her videos, she could be seen marching on the road with some others holding placards promoting her YouTube channel and encouraging people to subscribe. Nevertheless, up until early 2020, she had only about 400 subscribers, which nearly doubled in one day and started an upward spiral that continued throughout the year. By next month, she had over 45k subscribers, and made the highest jump in the month of May, when she crossed 400k subscribers. She reached 600k milestone in January 2021 and made a video recounting her journey in the past year. 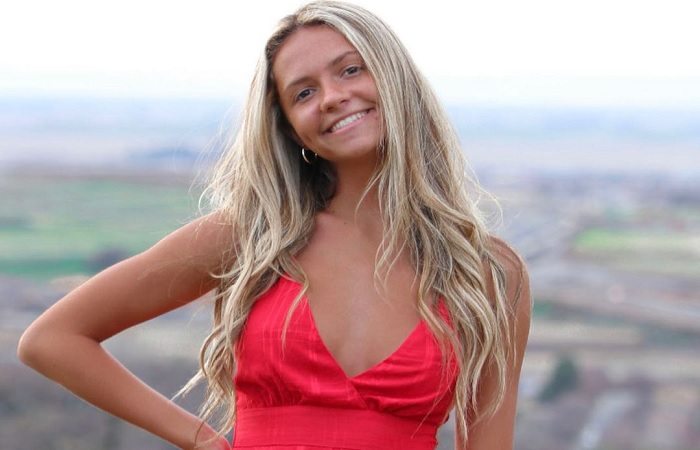 Her Parents Were Separated

Sadie Crowell was born on August 21, 2003 in Cumming, Georgia, United States to Kelley and Lester Crowell. She calls her parents by name, even though her father prefers to be called ‘Les’. Her parents were not together when she started vlogging on YouTube, which she sometimes mentioned to her viewers, making her mother uncomfortable. However, they got back together soon after and she often tells her fans how happy she is about it. She has an older brother named Wyatt and a younger brother named Cooper. She is very close to her mother and younger brother, who have appeared in most of her YouTube videos. While her father did appear in several of her ‘Drive with us’ videos, he used to stay quiet during his early appearances. She is not very close to her older brother Wyatt, who has appeared only in a handful of her videos, some of which she considers ‘awkward’.

She Is Unhappy about Moving to Florida

Sadie Crowell often mentions that it is her fans that keep her sane and frequently talks about her struggles on the camera. She had previously divulged that her family members were initially embarrassed about how comfortably she revealed her private life to strangers on the internet. She had also acknowledged that while she used to make spontaneous videos even when she had a handful of followers, she later became too preoccupied with her subscriber count to enjoy the ride. Recently, she broke down on the camera while talking about how unhappy she was about her family relocating from Georgia to Florida because she would be separated from her friends. She, however, admitted that she was in a good place in life, and instead of being ungrateful, she just wanted to vent to her fans.

She Has Her Own Online Merch Store

Like most popular social media influencers, Sadie Crowell has been requested by her fans for merchandise for a long time. She eventually launched the website sadiecrowell.com to offer clothes and accessories to her fans. From time to time, she releases limited stock products for her fans to buy and regularly promotes new merch-drops on her various social media profiles. Apart from hoodies and phone cases with her signature quotes, her latest batch of products also included a shirt with her fan-favorite little brother Cooper’s image holding a banana. She continued to ship her merchandise in the US and worldwide even before Covid-19 restrictions were fully lifted. Interestingly, she also offers the same products from the fanjoy.co website as well.

She Is Probably Dating Her Ex

Sadie Crowell posted a video on April 14, 2021 titled “COOKING WITH MY EX BOYFRIEND!!!” in which she introduced her ex-boyfriend Bennett and revealed that they briefly dated before. During the video, the two answered various questions from two of her friends, ranging from what they liked about each other to what broke the relationship and whether or not they can be together again. While they claimed to be just friends at the time, she hyped her fans about writing the “ship-name” “SENNETT” in the comment section. She later posted another video in late June titled “the ANSWERS you all have been waiting for … I HAVE A BOYFRIEND?!?” in which she revealed that she liked someone whom she had briefly dated before and with whom she reconnected with lately. She revealed the important information in the video that he had one year of school left, which prompted her fans to deduce that it was none other than Bennett, who was one year younger than her. Moreover, in the video, she tactfully avoided answering a fan question about if there was anything between her and her ex. However, she admitted that she and Jack, with whom her fans often linked her, “did have a little something going on last summer”, but were not dating.