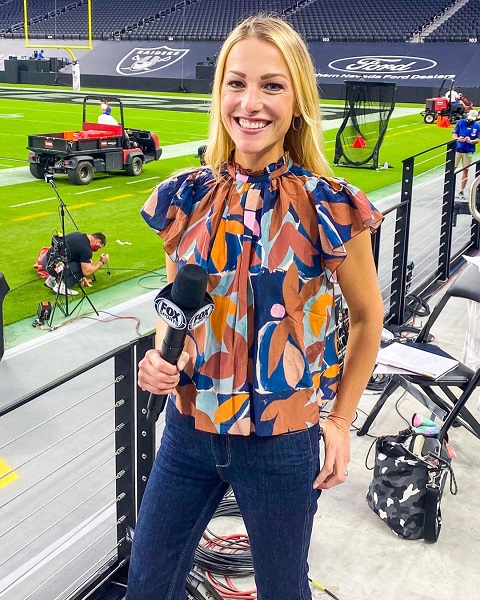 Lindsay Czarniak is an American TV personality, Sports Anchor, and reporter. She is best known for being the studio host of the NASCAR Coverage on Fox Sports. Moreover, Lindsay is also a sports reporter for NFL games.  She worked for ESPN and anchored “Sportscenter” for around 6 years before joining Fox.

Besides, Lindsay Czarniak is also a mother and wife. She is the wife of the famous NBC broadcaster, Craig Melvin. They tied the knots in 2011 and share a son and a daughter together. Apart from reporting, Lindsay is also a writer. She loves country music and horror movies, as per her social media bio. Most of her social media photos are with her kids. The reporter is known for her cheerfulness, who never forgets to wear a smile on her face.

Here is everything you need to know about sports reporter, Lindsay Czarniak.