Shauni Kibby is a British social media star who is best known for her TikTok profile @Itzshauni, which has 11.7 million fans with 377 million likes on her posts. She is a crown verified TikToker who has been described as a transition video sensation and is also known for her comedy and style. After gaining popularity on TikTok, she appeared on several children’s television shows like Bugface and VIPets on BBC Earth Kids. She also participated in an episode of CBBC’s Saturday Mash-Up! with her boyfriend Jake Sweet, popularly known as SurFaceldn. 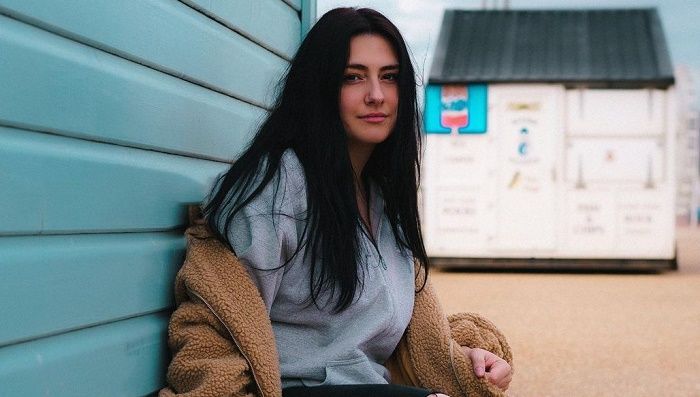 She Rose to Fame on TikTok

Shauni Kibby, who was born on July 11, 2000 and grew up with three brothers in Weston-Super-Mare, a town in Somerset, England, United Kingdom, set up her account when the TikTok app was still known as Musical.ly. She initially used the username @theshaunikibby but became regular on the platform after changing it to @Itzshauni. She earned fame at the age of 16 by sharing videos that showed her with shaved eyebrows or enjoying herself on the trampoline. While she became particularly known for her transitioning skills, she also uploaded challenges, pranks, skits, and more. One of the biggest TikTok stars in the UK, she has an Instagram profile which is largely unused. However, she recently focused on a career on YouTube by uploading several videos ranging from challenges, pranks, vlogs, house tours, and particularly her series titled “Trying Foods I Hate”.

She Appeared on the Bugface Show

On May 6, 2020, Shauni appeared on the fifth episode of Bugface, a game-show on the BBC Earth Kids channel which educates people about exotic insects or arachnids while they crawl on the face of a celebrity guest. The episode featuring Shauni also featured one Australian phasmid insect Extatosoma tiaratum, or the spiny leaf insect, which was placed on her face by zoologist and wildlife TV presenter, Yussef Rafik. Shauni was required to read several facts about the bug from the teleprompter as it crawled over her face. After she successfully read all the given facts, despite the creature almost getting into her mouth as she opened it to read, she won a BBC Earth Kids Bugface mug.

She Appeared on VIPets with Her Tortoise

Shauni Kibby later returned to the BBC Earth Kids channel to appear on the July 28, 2020 episode of the VIPets show, which provides a glimpse of lives of celebrities with their pets. During her appearance on the show, she brought with her Shelby, her pet Hermann’s tortoise, which previously appeared on her TikTok videos. She mentioned on the show that she owns several other pet animals apart from Shelby, including dogs, cats, rats and another tortoise. The show’s host Jessica Oghenegweke asked Shauni several questions about her pet. Shauni revealed that she got Shelby about four-and-a-half years ago when the tortoise was only four weeks old. She further revealed that Shelby was especially skilled at climbing. She mentioned that she loved to make videos with the tortoise, including dance videos, in which she could often be seen holding Shelby in her hands. She also brought a pre-recorded clip of “a day in the life of Shauni and Shelby”, which showed her cleaning Shelby’s cage, giving the tortoise a warm bath and feeding it with fresh leaves picked from her garden.

She Is in a Relationship with SurFaceldn

Shauni Kibby has been in a long term relationship with fellow TikTok star SurFaceldn, known as a slow-motion specialist whose real name is Jake Sweet. He has appeared on her TikTok and YouTube videos on a regular basis and also collaborates with her on his own videos. He often ends up as the guinea pig for her experiments, makeup videos, challenges and prank videos. Shauni, who joined the TikTok app a little earlier than Jake, has always commanded a slightly bigger fan base, but at one point during early 2020, she and her boyfriend were the 18th and 19th biggest stars on the app, respectively. The couple began living together officially after they co-founded UK’s first TikTok house in March 2020.

Shauni Kibby, along with fellow TikTok stars from the UK, including her boyfriend Jake, former lovers Lily Rose and KT Franklin, and gay couple Monty Keates and Seb, came together to establish the first ever TikTok House in UK, named ByteHouse, in the style of the Hype House and Sway House in California, United States. The house was named such because it provided short glimpses into the interactions between the famed content creators as they collaborated while also creating individual content. They moved in together in the same house on March 23, 2020, just before full-scale lockdown was issued to curb the spread of the coronavirus pandemic. While her boyfriend revealed that he got the idea, inspired by Jake Paul’s Team 10, long before Hype House was established, Shauni mentioned that their family members were happy and supportive about the initiative considering how it could boost their creativity and fame. The group, also known as Bytesquad, felt that it was a good way to beat the lockdown blues and stay creative amidst a multifold increase in viewership when everyone was at home. 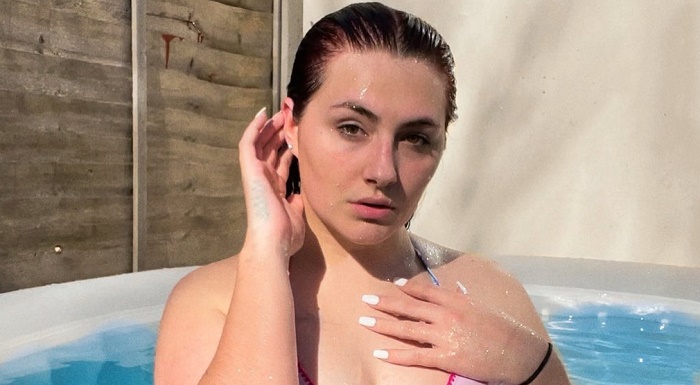 She and Jake Were Guest Celebrities on Saturday Mash-Up!

Shauni and her boyfriend Jake appeared together on CBBC’s Saturday Mash-Up! show in late November 2020. The two participated in various game events on the show, like racing each other in the “Scooting Stars!” segment, and also talked about themselves with the talk show host. In one segment, the two answered questions about each other, and each wrong answer earned them a pie in the face by the other person. The audience of the show also voted Shauni to face “Question Slime!” segment, in which she was asked general knowledge questions in rapid-fire style, and with each wrong answer, Jake threw a bucket full of colored slime at her.