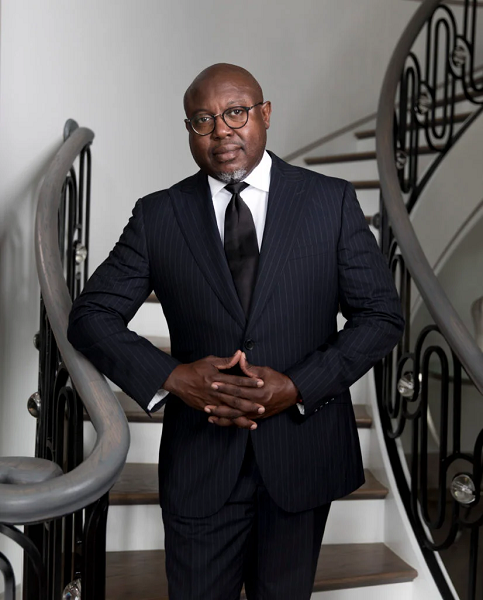 What is Simon Guobadia net worth? Learn more about the rumors going around about him and Porsha Williams.

Simon Iyore Guobadia is a Nigerian businessman who has served as the CEO of KLC Petroleum Transport LLC and of the SIMCOL Group.

The entrepreneur came into the public eyes after his ex-wife, Falynn Guobadia appeared in the popular reality show “Real Housewives of Atlanta”.

Recently, rumors about his engagement to Porsha Williams, a popular actress, began swirling around after, the said actress posted a picture of them together.

Simon Guobadia’s net worth is valued at $40 million dollars.

The businessman currently holds the highest position at SIMCOL Group and SIMCOL Petroleum.

Also before his marriage, he and Falynn had signed a prenuptial agreement. Hence, he had not been required to share his property with her after their divorce.

Simon Guobadia is rumored to be engaged to Porsha Williams.

Porsha Williams is a popular television personality and actress who has also appeared in the “Real Housewives of Atlanta”.

On May 9, Mother’s Day, Porsha Williams had posted a picture of her with Simon and her ex-fiancée, Dennis McKinley.

There we can see her left hand on Simon’s chest with an engagement ring on.

Moreover, her ex, Dennis had also commented on the picture saying he is cheering on her for the next chapter of her life.

Porsha and Dennis had gotten engaged in September 2018 but split after he cheated on her. The pair share a daughter together, Pilar Jenha.

It has been revealed by Porsha and Simon that they are indeed in a relationship.

Simon Guobadia and his ex-wife Falynn Guobida had their wedding on July 14, 2019.

But they made their decision to separate in February this year and got divorced in April.

The reason for the split was that Falynn had not been faithful to the businessman.

Falynn and Simon Guobadia had 8 children: 3 of Falynn and 5 of Simon, from their previous marriage.

The businessman had not been featured on Wikipedia yet.