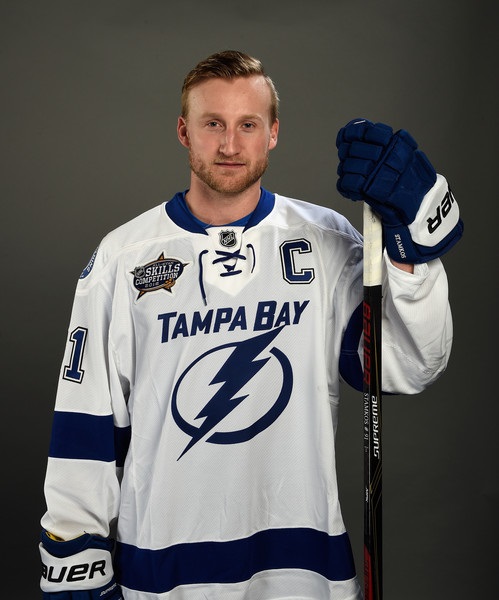 Steven Stamkos and his wife are over the moon with their four years of married life. Stamkos joined the Lightning after being selected in the 2008 NHL Entry Draft.

Steven is a Canadian professional ice hockey player who plays for the National Hockey League (NHL). He is the hockey center and captain of the Tampa Bay Lightning. Steven is also known by his nickname, Stammer.

Stamkos played in the Ontario Minor Hockey Association (OMHA) for the Markham Waxers in the Eastern AAA Hockey League. He also played in the Quebec International Pee-Wee Hockey Tournament in 2003.

Steven Stamkos and his wife Sandra Porzio got married on June 30, 2017.

Stamkos and Porzio met while they both attended Brother Andre Catholic High School. They began dating in 2008, and Stamkos proposed to her on September 30, 2016.

They had a beautiful ceremony in Kleinburg, Ontario, at the Arlington Estate, and many of his former and current teammates attended the wedding.

Talking about his kids, Steven Stamkos and Sandra Porzio share one child, Carter, born in July 2019. The couple had a miscarriage and lost their second child, while Porzio was 21 weeks pregnant.

Stamkos lives with his family in Canada.

Steven’s net worth is $14 million.

He signed an 8-year contract with the Tampa Bay Lightning that guaranteed him $68 million. His average salary is $8.5 million.

Stamkos got selected to compete in the 2014 Winter Olympics in Sochi. But, due to an injury related to a broken tibia, he was not eligible to play in the team.

Stamkos was born on February 7, 1990. He was born in Markham, Ontario, Canada, but grew up with his family in Unionville, Ontario. He is of Scottish and ethnic Macedonian descent.

Steven’s parents are Chris Stamkos and Leslie Stamkos. He also has a sister, Sarah Stamkos.