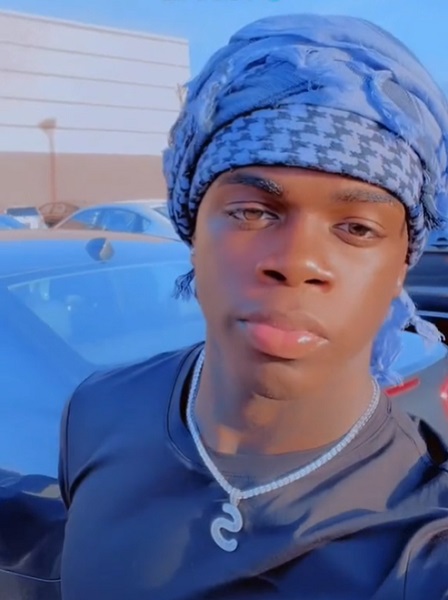 Swavy death was confirmed by Damaury on a video. What happened to the Tiktok star? Find Out!

In 2020, Swavy had made his debut in Tiktok as @babyface.s Within a year, he racked millions in views and followers with his personality.

However, no one had ever imagined that he will meet his unfortunate fate at a young age. He passed away on June 5, 2021.

Swavy Death was announced in a video by his friend Damaury (Kid Maury).

On June 6, 2021, Damaury posted a video titled “Rest Up Bro!!” on his youtube confirming that Swavy is no more with us. Likewise, Damaury seemed devasted by the loss of a buddy.

The news was further confirmed by another good friend of Swavy, named Destiny, on Facebook.

Apparently, Swavy was shot to death.

The exact details of the incidents or the name of the shooter are not disclosed yet. In fact, the case is still under investigation.

He was born on December 26, 2002. Similarly, he is a native of Wilmington in Delaware.

Moreover, Swavy was also known by his Tiktok name babyface.s. He used to make reactions, dance and other short videos on the platform.

The social star had amassed over 2.4 million followers on his Tiktok profile. In addition, he enjoyed whooping a total of 96.3 million likes on his video.

Swavy earned a decent net worth at a young age, which is still under review. In fact, he was signed with multiple sponsporships.

After his bro’s untimely demise, Stackupquan posted a photo on his Instagram with the caption “Forever Swavy”. Likewise, he has also updated the bio as “Forever ever Swavy”.

Fans are devasted by the sad news right now. They flooded the social media with RIP posts on Tuesday in tribute to the late star.

Moreover, Swavy was good friends to many other Tiktokers. Even they have come forward to send sympathies to his family.

We express our heartfelt condolences to Matima Miller aka Swavy. May his soul find peace in heaven. Thank You.