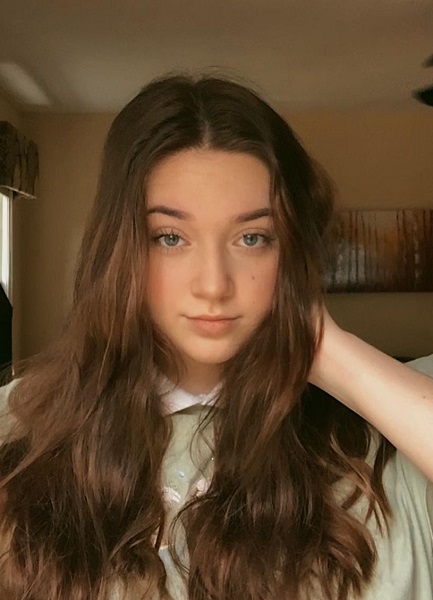 Delaney Wilson singing video on Tiktok has gone viral and is creating buzz. What is so special about it? Find Out.

Netizens are calling Wilson the “real-life Disney princess.” Her rendition of the live Disney song feels something straight out of the movie.

As a fact, the talented artist deserves all the hype she is getting.

Delaney Wilson is the signing babysitter in the viral Tiktok video.

Nicki Maher from Massachusetts decided to film her babysitter one day secretly. She captured young Delaney singing “Part of Your World” from the Disney movie The Little Mermaid.

The video has blown up the internet since it was posted last month. The video has over 12 million views to date.

Maher remarks, she taped her babysitter secretly because Wilson apparently gets discouraged about the way she looks in her videos. Likewise, she wanted to encourage the young girl to sing more.

Following the clip, many commentators were encouraging Delaney to sing more. In fact, her own Tiktok handle @delaneyreneemusic has over 174k followers now.

How Old Is Delaney Wilson?

She recently graduated from the Somerset Berkley Regional High School. Likewise, Wilson will be pursuing her undergrad degree in music. The viral star was accepted to her dream college, “Berklee College Of Music,” for the class of 2025.

Furthermore, she even posted her acceptance reaction in her Tiktok.

Delaney will attend Berklee with her boyfriend, Dalton Neilan. It seems like the couple has been dating for a while now. Moreover, Dalton is an aspiring musical artist himself.

You can find Delaney Wilson on Instagram as @delaneyreneewilson.

She boasts over 18.9k followers on her IG profile. Similarly, Delaney is also looking forward to uploading to her Youtube channel soon.

Following her recent fame, both Wilson and Maher have been bombarded by questions from the media.

Apparently, Delaney had no idea she was being filmed, but she was permitted to post the video. On the other hand, Maher is pleased about Wilson’s recognition.