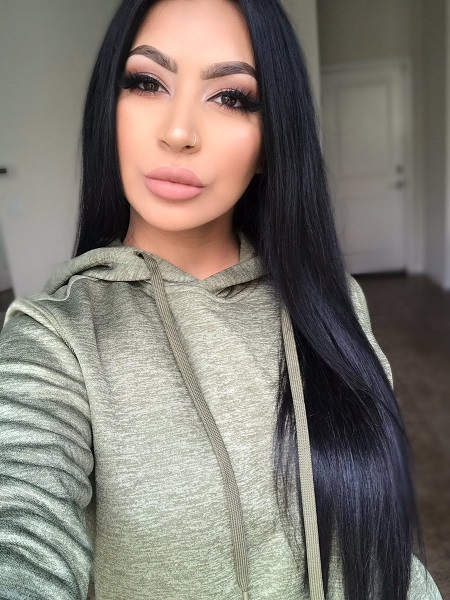 Evettexo and Beautyybird feud and drama are dividing sides on Reddit and Twitter. Here are the details.

Evettexo is a famous Youtuber and a makeup artist. As of now, she has more than 778 thousand followers on the Youtube platform.

Besides, Evettexo is a businesswoman, she is the CEO of EXO Cosmetics. Also, she was known for working alongside Yasmin aka BeautyyBird.

Back in June, Evettexo, and BeautyyBird ended their friendship. The feud between the pair has given rise to a new Internet drama. Let us know about it.

Evettexo and BeautyyBird were known to be best friends until June 1, 2021. However, Yasmin took to her Twitter to reveal that they have fallen out.

In the tweet, she mentioned having a personal issue with Evette. Eventually, they decided to part ways and end their relationship peacefully.

Both of the Youtubers never revealed their personal issue and reason for the feud.

After some time, Yasmin did reveal claiming that the feud was about the business perspective.

For the time being, the exact reason for Evettexo and BeautyyBird’s drama is still unknown.

Evettexo recently hinted at the reason for the feud in her latest video post.

In the video uploaded on August 12, 2021, she revealed that the reason for their fallout was horrible business.

Further, the Youtuber hinted that the issue is about Yasmin’s dad working as a contractor at her house.

Moreover, Evette has added that the latest drama has also ruined her EXO Cosmetics launch.

Evettexo ended the drama on Twitter after posting another video.

In the clip, she does not want anyone to provoke the situation. Further, added that the situation has disturbed her mentally.

In a second tweet, she added about handling the situation as best as she can. While she also wishes to move on with her life.

It honestly took a lot out of me to lay my feelings out but now I’m just mentally preparing myself for what’s next. Please let’s not provoke the situation this was not about choosing sides but about me sharing my feelings about the situation. I’ve gone through enough mentally

For now, it seems like things are still unclear between Evettexo and BeautyyBird.

On the other hand, fans are being very curious about the drama. It has made its place on Reddit, while many are taking sides between two stars.

Some people are supporting BeautyyBird for her professionalism. At the same time, fans also think Evettexo is correct in her own way.