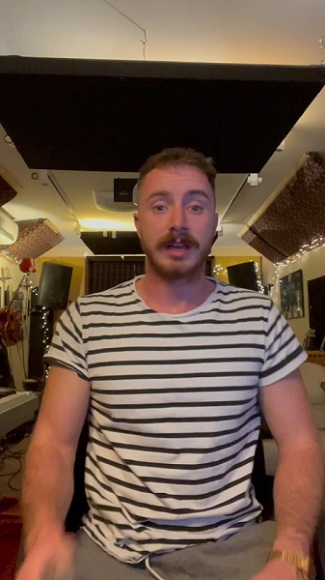 Tom Cardy is the Tiktok genius of the song “Have You Checked Your Butthole”. But, what does the song mean?

Nothing goes as hard as Tom Cardy’s song right now. If you hear the song once, it sticks in your head on loop.

But what do the lyrics of the song tell? It is really about the bottom part or is it indicating something else?

Tom Cardy TikTok – Have You Checked Your Butthole Song Explained

He is popular for making musical and comic videos. In fact, his Tikok @tomcardy profile has amassed over 546.7k followers to date.

Tom Cardy recently went viral for the Have You Checked Your Butthole (HYCYBH) song. It is a very funny song about Tom’s experience of losing patience with the people, who lose their things.

He starts the lyrics by his anecdote with a friend trying to find his car keys: “When my roommate comes to the room looking for his car keys, I don’t say it yet”. Cardy then sarcastically build the chorus to the song “Have You Checked Your Butthole”.

It’s always in the last place you look ##fyp

Tom proceeds to talk about a wedding, phone, loan and his grandma! The song is not only a comedy gig but a whole musical performance.

Tom Cardy has also uploaded the HYCYBH Song on his Youtube channel.

HYCYBH? is even more popular on Tiktok with 5.2 million views. Similarly, Fans are already asking Cardy to release the song on Spotify.

We have no doubts that Tom Cardy adding a fortune to his net worth from the success of the song. However, his actual earnings are currently under review.

He hails from Syndey, Australia. Tom graduated from the Univerity of Syndey with a psychology and music major.

But, you can follow Tom Cardy on Instagram as @tomycardy. He is verified with over 142k followers.

Apart from this, he is also a writer and member of the band “The Lulu Raes”.