Vanessa Bryant is an American model and the widow of late professional basketball player Kobe Bryant. She and Kobe were married for nearly two decades when he died in a helicopter crash in January 2020. They had four daughters, including their second daughter Gigi, who also died in the crash. Vanessa worked as a model before meeting Kobe as a high school senior. Kobe played as a shooting guard for the Los Angeles Lakers of the NBA for 20 years. 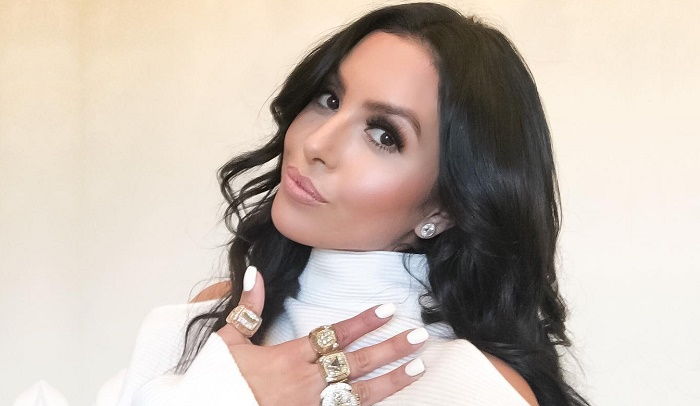 She Had a Sheltered Life

Vanessa Bryant was born as Vanessa Cornejo Urbieta on May 5, 1982 in Los Angeles, California, United States. She is of Mexican and Irish descent. Her birth father left the family and moved to Baja, Mexico when she was a baby. Her mother, Sofia Urbieta, who was working as a shipping clerk at an electronics firm, later married the firm’s middle manager Stephen Laine, who was eight years her junior, in 1990. Vanessa was eight at the time, while her elder sister Sophie was 18. She was enrolled in high school using her step-father’s last name, even though Laine never adopted her officially. She initially went to St Boniface Parochial School, and later began attending Marina High School with her step-father’s nieces, Laila and Sasha. Her strict parents rarely allowed her to date and she was required to call home hourly while visiting Magic Mountain with friends once. Her mother eventually divorced her step-father, but she avoids speaking about it. 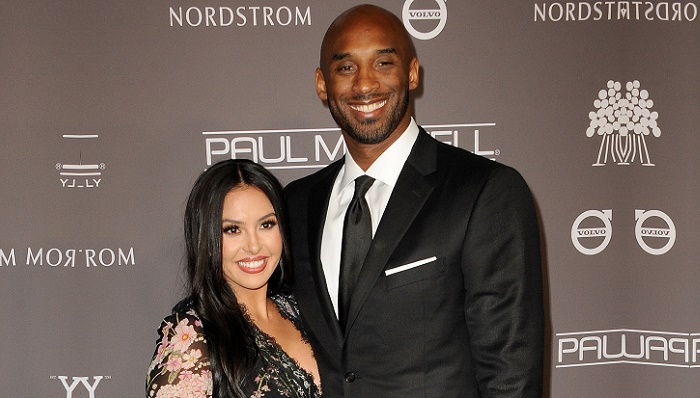 She Met Kobe Bryant While Shooting for a Music Video

In August 1999, Vanessa Bryant’s parents had allowed her to attend a concert at Irvine Meadows Amphitheatre with the protective Jordanian-born parents of her close friend. Following the concert, the group was approached by a man looking for fresh faces for a music video shoot, which she signed up for.

After she was selected, her mother accompanied her when she shot for a Krazy Bone video or a Snoop Dogg video. 17-year-old Vanessa first met 21-year-old Kobe Bryant while working as a background dancer on the Tha Eastsidaz music video “G’d Up” in November 1999. Kobe, who was working on his debut album, later called her and soon they began dating. She often showed pictures of Kobe to her schoolmates, but never allowed them to touch those. Her romance with Kobe became so disruptive at one point that the school authorities allowed her to finish her senior year via independent study from home. 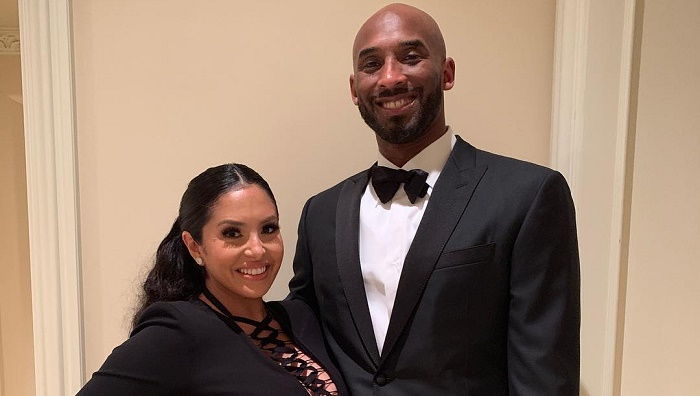 By the time Vanessa began dating Kobe Bryant, her mother was jobless for two years and could not find a new one due to a chronic back injury. Her family was struggling financially while Kobe was raised in an affluent family, which, combined with the fact that he was black and she a Latina, furthered the gap between their different backgrounds. Kobe’s family, particularly his father and former NBA player Joe Bryant, was strictly against their union. Nevertheless, the two got engaged within six months on her 18th birthday, and four days later, her parents announced bankruptcy. Kobe reportedly helped the family at the time. Kobe and Vanessa’s marriage at St. Edward the Confessor Catholic Church in Dana Point, California on April 18, 2001 was not attended by his parents, who moved back to Philadelphia and remained estranged for nearly two years. However, once their first child, daughter Natalia Diamante, was born in January 2003, Kobe’s parents reconciled with him and his wife. 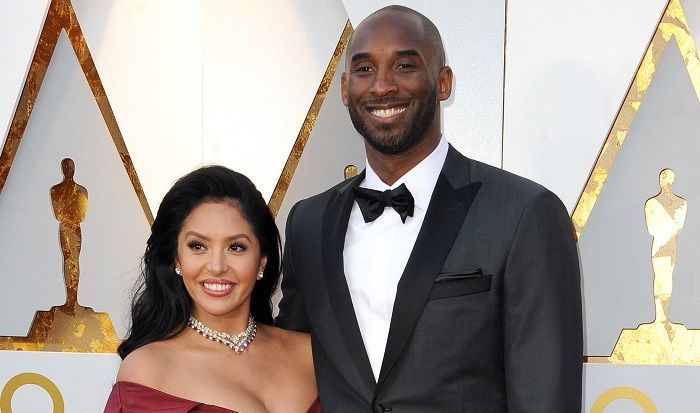 She Had Filed for Divorce from Kobe

On December 16, 2011, Vanessa filed for divorce from her husband of just over a decade citing irreconcilable differences. By then, the couple also had a second daughter, Gianna Maria-Onore (Gigi), born in May 2006 after she suffered a miscarriage due to an ectopic pregnancy the previous year. She and Kobe requested joint custody of their daughters, and Kobe subsequently moved out of their Newport Coast mansion. Following the announcement, TMZ reported that Vanessa, who had known about her husband’s multiple affairs over the years, was forced to take the drastic decision despite still loving Kobe after she caught him with another woman. Incidentally, Kobe had admitted to being unfaithful to her after he was charged with sexual assault in 2003. The couple eventually called off their divorce in January 2013 and went on to welcome two more daughters: Bianka Bella (December 2016) and Capri Kobe (June 2019). 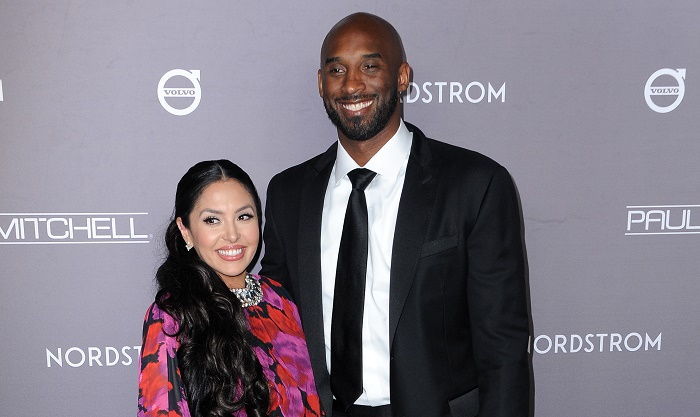 She Lost Kobe and Gigi in Helicopter Crash

On January 30, 2020, Vanessa Bryant received the tragic news of the death of her husband, 41-year-old Kobe, and their daughter, 13-year-old Gigi, after the helicopter they were traveling in crashed along with six family friends and the pilot on the side of the mountains in Calabasas amidst foggy conditions. The remains of Kobe and Gigi were buried in a private funeral in Pacific View Memorial Park on February 7 and a public memorial service was held on February 24. Vanessa, who had made her social media private following the incident, recently shared the message on her Instagram story in January 2021: “Find your reason to live. I know it’s hard.” 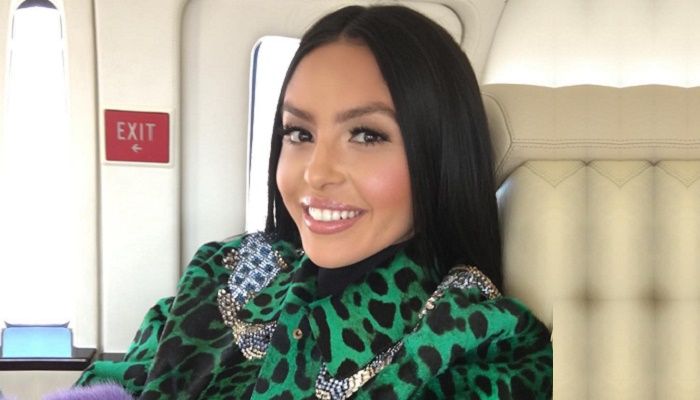 Her Mother Sued Her

In December 2020, Vanessa Bryant’s mother Sofia Laine filed a $5 million lawsuit against her daughter for financial support. She claimed that she was her daughter’s unpaid personal assistant and nanny to her children for a long time. She further revealed that her late son-in-law Kobe had promised to take care of her for the rest of her life, but following his untimely death, her own daughter threw her out of the house. Vanessa, who denied the allegations, stated that she supported her mother, who was neither an assistant nor a nanny, for 20 years, and accused her of extorting money from her. Her mother revealed in an interview that it was her daughter who had first mentioned that she earned $200,000 annually while filling in a rental application in her name without her knowledge.