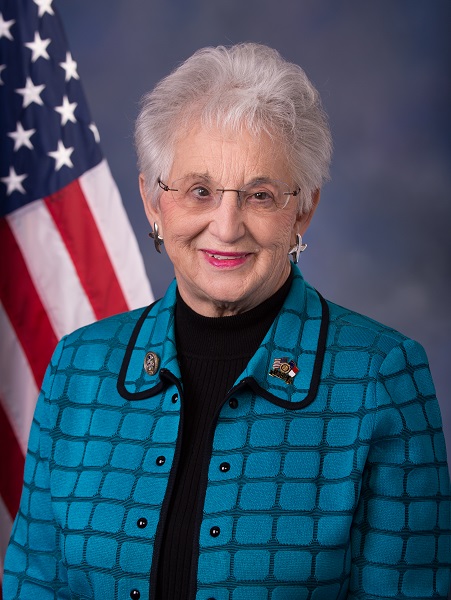 Virginia Foxx entered politics at an older age, and she is still going strong. Stay with the article to find out more about the politician.

Virginia Foxx is an American politician and a member of the House Education and Labor Committee. Virginia is a member of the Republican Party and serves as the U.S. Representative for North Carolina’s 5th congressional district.

From January 2013 to January 2017, Foxx was the Secretary of the House of Republican Conference.

Virginia was born on June 29, 1943, in New York, USA. Foxx was born in The Bronx, New York but raised in rural Avery County, North Carolina. Her parents are Nunzio John Palmieri and Dollie. Virginia grew up poor and initially worked as a janitor.

She later went to the University of North Carolina at Greensboro to earn her Master of Arts in 1972 and Ed. D in 1985.

Foxx’s base salary is $174,000, reports Ballotpedia. Virginia owned a landscape nursery business with her husband, Thomas Foxx. She worked as a research assistant and an English instructor in various colleges.

Virginia was the President of Mayland Community College from 1987 to 1994. Foxx served at the North Carolina State Senate as a member from 1994 to 2004.

Virginia Foxx voted against the impeachment of former President Donald Trump in 2019.

In a press release in January 2021. Virginia said that Joe Biden is the new president and the Democrat members are now focused on the country’s plans, and Republicans will find ways that will not harm their plans.

Foxx recently used her power and position to question who should be responsible for the impacts of closing down schools and the children’s education, reports Education Week.