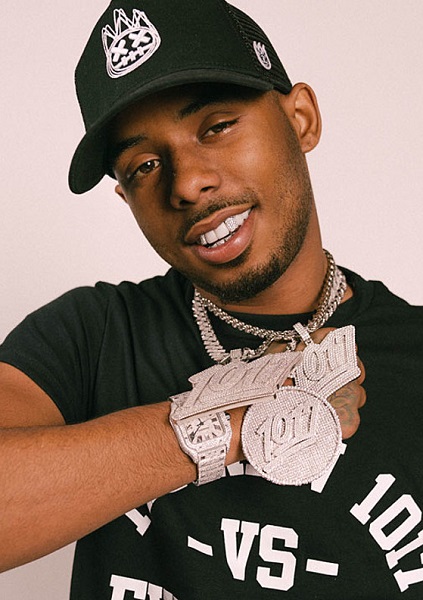 Pooh Shiesty was robbed for 40 thousand USD at King of Diamonds and allegedly went on a shooting spree.

Once again, the Tennessee rapper, Pooh Shiesty, is under fire for an alleged shooting case. Signed by Gucci Mane’s record label, someone supposedly stole Shiesty’s money from his pocket.

It is alleged that Pooh Shiesty was robbed in King of Diamonds recently.

Apparently, Pooh was performing a concert in the Miami-based club, King of Diamond. Various videos show that the rapper had a bundle of money in his pocket. Eventually, someone snatched Pooh Shiesty’s money around $40k USD.

After the supposed robbing, Pooh Shisety allegedly went on a shooting spree.

It is reported that Shisety shot up everywhere in the club. He apparently also mentioned he don’t need any security. However, the alleged robber was not caught.

There is currently no proved evidence of the case. Neither, any human casualty or injuries have been reported till now.

Response to The Robbing

Pooh Shiesty has denied all the allegations. On his Instagram story, the 21 years old rapper posted “False Allegations Nothing Never Took From Me”. After that, he continued to post usual stories on his IG.

On the other hand, various people have come forward with the event videos. Some videos even feature people getting hurt and running in the club. Furthermore, many people are criticising Shiesty for his actions.

Was He Arrested? Shiesty’s History With Police

Not, Pooh Shiesty was not arrested.

The videos show that Pooh walked away from King of Diamond with his security at last. Likewise, he is still posting on social media, suggesting he is not arrested till now.

This is not the first time, the singer has been linked with a legal case. Back on October 30, 2020, the police arrested Pooh for his connection with Bay Harbor Island Shooting.

As a fact, various victims came forward with allegations of robbery, theft, and assault. Eventually, the judge set him with a $30,000 bond.