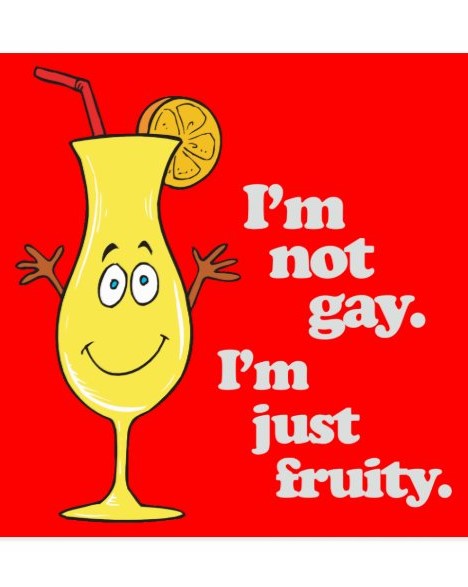 What Does Fruity Mean? Normally it would mean something relating to fruits but in an urban and casual sense, this word has a bit different meaning. We definitely make new words as we go along and sometimes recontextualize the words. Fruity is one of those words. Let’s explore more!

The word has been used in TikTok, Snapchat, and other social media sites. Young people have been using this word for a while. Some people don’t really know the meaning of this word and that might make some interesting situations as @westbrouck explained in TikTok.

He was so kind, but I just know he’s going to tell someone he’s fruity and it’s going to be my fault 💀🥀 ##fyp ##SpookyTreats

Actually fruity refers to “gay”. That’s really funny that the guy she was referring to did not mean what it was and proclaimed that he was also fruity.

What Does Fruity Mean In Slang?

Fruity has been used to refer to cheerful and flamboyant characteristics in people. If someone says you are fruity, then they probably are saying that you have a feminine way of expressing yourself or that you might have a flamboyant way about you.

There isn’t anything wrong with that. It’s just that some people don’t really appreciate that sort of behavior or immediately assume that you are gay if you are flamboyant.

What if someone says, “I’m Fruity”? What could that possibly mean? To be honest, that could have multiple interpretations. Sometimes people could be saying they are just cheerful and excited for small reasons.

However, in other sense, the word fruity is associated with being gay. As I already explained to you, if someone says they are fruity, it means they are softy, feminine. Softness and femininity and flamboyance are characteristics people generally associate with gay people.

That’s why sometimes, people would take offense to be called fruity but let me preach to you, there isn’t anything inherently negative about the word “fruity”.

##pov you have a fruity imagination 🍌 ##couple

In this TikTok video, these guys have shared what a fruity imagination they had as they passed each other. So, after looking at this, one could also say fruity could mean gay. Not all the time but definitely most of the time, fruity refers to being gay.

Fruity means the same thing in TikTok, Instagram, and Snapchat. Most of the people right now are openly talking about their sexuality and aren’t afraid of being gay. That’s why they are openly sharing parts of their life on these social media.

Moreover, guys are comfortable wearing makeup, nail polishes, and dresses one could call a bit girlish. So, there is a lot of fruity content on these sites right now.

Like in texting, fruity in social media also means softness, feminity, and gayness.

homophobes are fruity in the booty

Fruity has been listed in Urban Dictionary and actually, it’s really easy to understand it once you read this definition. AS said here, fruity is “the state of being a little gay but not gay enough to be GAY”.

Some might have confusion about what being a little bit gay could mean. Some guys might not be gay and have girlfriends but just have a voice or something about them that’s quite feminine. Darren Criss is the best example of this category of men.

Even though it’s used to say gay, it is sort of an umbrella term to describe feminine men or women who are a bit flamboyant and cheerful.