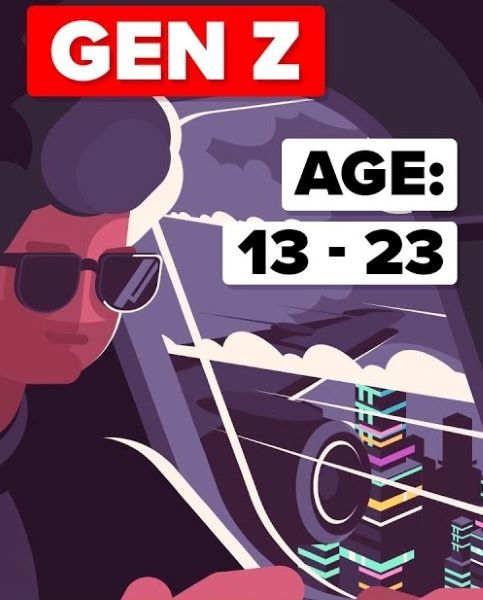 Gen Z Tiktok videos are one of the most hilarious trends that TikTok has to offer. After all, it’s no surprise that this is one of the best things Tiktok has to offer because Gen Z is the most active age group that uses TikTok.

Gen Z has a different meaning in different places. Some people would define it in a very academic way and some would approach it very casually. No matter what, the yardstick to define it is always an age group.

Gen Z videos are the videos that are made with the intention of poking fun at younger people and the general problems they have. Like all memes, it’s the idea of using humor as a defense mechanism and laughing when things keep on going horribly wrong.

What Does Gen Z Mean On TikTok?

Gen Z is an acronym to refer to Generation Z. Generation Z are the kids who are in their teenage years right now. As of 2020, anyone aged from 10 to 20 can be called a Generation Z kid. It’s a trend of memes that are making fun of the horrible future Gen Z is growing up in.

If you look at definitions online, different sources will provide you different information. A source has claimed that anyone born between 1996 and 2015 are considered to be Generation Z. There is no rule to these things.

In TikTok, Gen Z kids are those kids who grew up with the internet and watched new regurgitated versions of classic cartoons and are going to possibly see the meltdown of Earth because of global warming.

This is how Gen Z videos are being made in TikTok

Gen Z is definitely a slang word. Its official equivalent is Generation Z. This word is used in social media and texting because it’s easier to write. There is a total of 2.1 billion views on videos that have used the hashtag “#genz” in TikTok. That is a serious amount of views.

The videos are made by Gen Z kids themselves who are trying to realize what they want to be. Trying to find a place for themselves in a world is very hard and using a video trend to soften up the disappointments that occur along the way is a very human thing to do.

Excuse me Judge that’s cap, my client did not try to k1ll himself with tidepods 😂☠️ ##fyp ##genz

This is a video where someone is wondering how Gen Z kids will act as lawyers. They make videos where Gen Z kids use slangs and words that are too casual and used in an urban sense and introduce them to academic places.

We would be the funniest doctors 🤠Which job should I do next? ##genz ##greenscreen ##pov ##comedy

Gen Z tattoos are something you can get that reminds you of the time you were a kid or something that is going to make you remember your time growing up.

In Urban Dictionary, there is a long definition of what Gen Z refers to. It’s a casual way, people refer to our generation.

The most unique thing about Gen Z kids is that they want to promote social justice and radically fight for the changes they believe must take place.

So, all while being a meme and a fun topic to base videos on, Gen Z also understand the responsibility they have and what they want to achieve in the world.