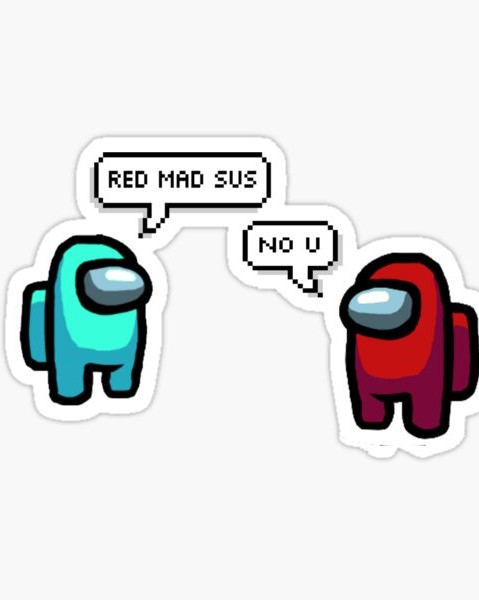 GG, AFK, SUS are some of the words you might encounter in Among Us game. Among Us is a multiplayer game that gained outrageously popularity in recent days. People are playing games and uploading many videos of their gameplay as well as memes of Among Us.

People on TikTok are also making memes about Among Us. There are some phrases that Among Us has given to the pop culture right now and they have been suddenly popular. If you haven’t played this game, you might be dumbfounded when you encounter your friends using this word anywhere.

I am here to explain all about the terms of Among Us and what that means in the game as well as show you examples of how people are choosing to use those terms in normal life and social media communications.

What Does GG, AFK, SUS Mean In Among Us?

GG, AFK, SUS are few words of the Among Us game that the layers are familiar about. I have been playing this game with my friends for a while and not to brag but I consider myself somewhat o an expert in this topic.

What Does GG Mean On Among Us?

GG refers to Good Game. When you are playing Among Us, you have to chat with other players. In the chat, a lot of people use the term GG and that means they are expressing their satisfaction at how good the game was.

Some gameplays lag and are boring but some games really are fun. When you like a game, you say GG. This term is used in other multiplayer online games as well. So, if you see an Among us meme on TikTok or elsewhere and come across GG- remember it means Good Game.

What Does AFK Mean In Among Us?

AFK stands for Away From Keyboard. When you are playing games like Among Us, you need teamwork. When you use the term “AFK” in the chat, it means you are currently not playing. For whatever reasons, they will assume you went to the bathroom, went to grab a cup of coffee.

This term has been used for a long time since the days of COD and other multiplayer games.

What Does SUS Mean In Among Us?

So, SUS in Among Us means “suspicious”. If anyone is seen randomly running around or not doing tasks properly, some players might say, “I think he is really SUS”. It’s just a short word for suspicious.

Among Us Memes On TikTok

Many TikTok creators have also been playing this game and have been using the craze of this game to fuel their channels. They make memes of the funny moments in the gameplay and other exciting things that one would consider worthy of a video.

Some people are innovating and making memes themselves. They aren’t using the gameplay videos but just filming it themselves. Like this video right here is a very funny example of what I meant:

Reply to @izzy.tube Playing Among us be like… Part 3 💀😭 ##amongus ##amongusthegame

Just like PUBG had captured the attention of many people, Among Us has been riding the wave of popularity and that means it’s references and terms have infiltrated its way into our pop culture.

There are numerous memes of Among Us on Instagram and Snapchat that you could enjoy.