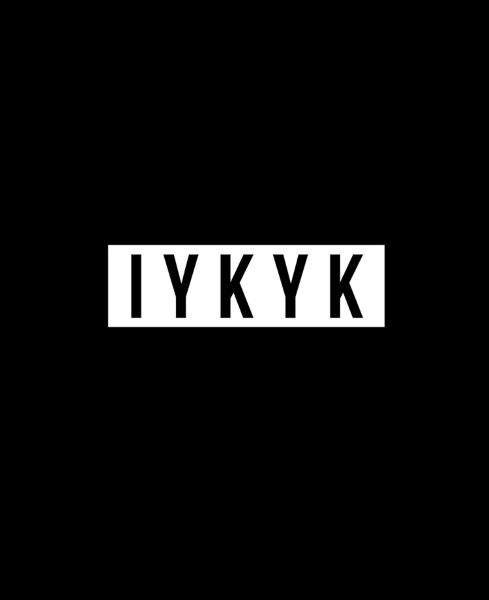 IFKYK is a new acronym that people on TikTok and other social media have started using.  It is short for “If You Know You Know”.

This has got to be one of the longest acronyms but if you understand its meaning, it will save a lot of space and time while you communicate online. So without any dilatory attitude, let’s explore what does IYKYK actually Mean and where to use it?

With social media being more and more popular we are making short terms for the things that we speak too often so that it’s just communicable easily.

Also, with the rise of video-sharing platforms, hashtags are a pretty big thing now. One can’t make a hashtag of a long sentence or a paragraph because that would be too much of a hassle. As a result of that, people are making acronyms and using that as a hashtag.

IFYKYK is a new acronym on TikTok that has been viewed hundreds of millions of times. People find it fun to use and it looks like the trend is only going to get bigger. To be absolutely precise, there are 778.7 million views on videos with the hashtag “#ifykyk” on TikTok.

The full form of IFYKYK means “If You Know You Know”. Now some of you might be wondering what that means. It might sound a bit confusing but I am going to explain all of it to you.

This is one of the videos on TikTok using this hashtag. If you watch the video, it will be easier for you to understand what ifykyk means. In this particular video. the hitman has been paid by the man himself to kill him.

The video is about a man’s temptations toward suicide. The user has said ifykyk on the hashtag. What it means is,  if you know it, you know it. If someone out there is suicidal, they are going to know that feeling.

IFYKYK has the same meaning on Snapchat. People send different kinds of snap and sometimes they use this word to explain depressing or dark thoughts.

The way in which most people use this word is that they don’t give a lot of context and explain things too much. They just show the content and write ifykyk. And that’s it. If you know, you know.

However, I don’t want you guys to think ifykyk is used only to express dark and depressing thoughts. People have used this word in memes as well. The meaning is the same but you can use it anywhere you find it appropriate.

According to Urban Dictionary, ifykyk means “if you know you know”. I can give you a couple of examples to make you understand this slang better.

e.g., “I don’t want to go to weddings. It’s too crowded and I have to talk to a whole lot of people I don’t know. ifykyk…”

If this thing has happened to you, you would understand it. That’s just what ifykyk means.