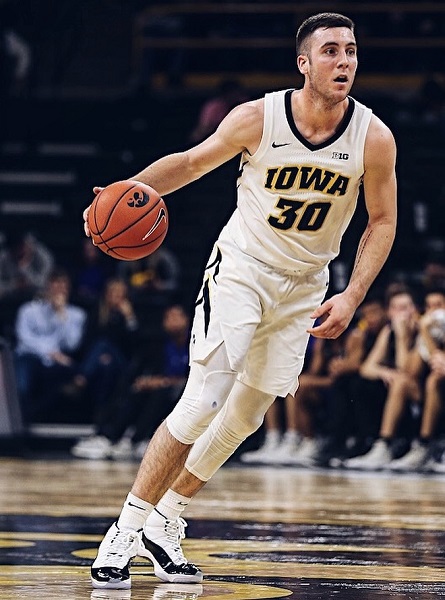 Connor McCaffery is an American Basketball Player for the position of Guard, who plays for the Lowa Hawkeyes team. The talented player always plays on Jersey #30. Connor competed in seven Iowa state tournament during his preparation career at Iowa City West High School.

Connor McCaffery was captain to a 23-3 season and won a Class 4A basketball state title as a senior. In his senior camping, he led a team; the team scored 19.6 ppg, rebounds 4.8rpg, and an average of 3.7 assists. Connor was honored with Big Ten Distinguished Scholar for the fall and spring semesters.