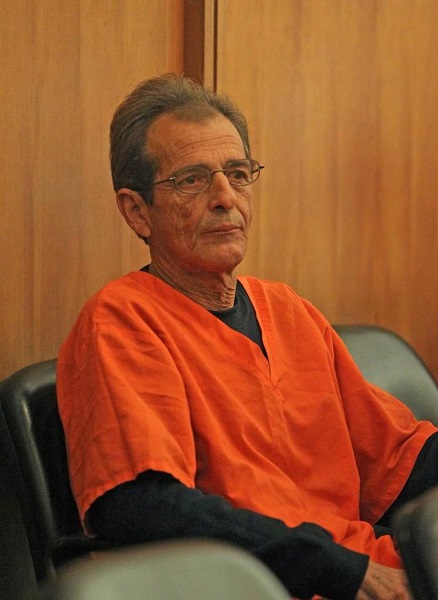 Where is Jesus Maqueira now? Know about the Raquel Calderin murder case story and its background.

Jesus is the convicted murderer of Raquel Calderin, who also happens to his ex-wife.

Jesus and Raquel were married for two decades. However, reports cited the two had irreconcilable differences, and Raquel had even filed a divorce paper and a restraining order.

Where Is Jesus Maqueira Now?

It is a mixed-security correctional institute.

He got a life sentence in prison in June 2016 following the conviction of Raquel Calderin’s murder.

Back in the time of the hearing, the 12-member jury, in less than two hours of deliberations, convicted Jesus of first-degree murder and aggravated stalking in violation of a court order.

As a result, he got life imprisonment without the possibility of parole.

Is He Still In Jail?

Concerning the jury’s decision, there is no legal discussion on his release since he is facing life imprisonment without parole.

Raquel Calderin was a custodian at an Elementary school who shifted to Miami, Florida, in 2012.

But she suddenly went missing, which landed all the suspicion onto her estranged husband, Jesus Maqueira.

Raquel and Jesus were the former married couple who lived their family life for 20 years, welcoming three children. There are no other details about his family and details.

Raquel had just filed a divorce paper against him and started the new chapter of her life with her new boyfriend.

It is reported that Jesus allegedly showed up (frequently) at an elementary school where she worked and persuaded her to drop off her divorce filings. Raquel had applied for a restraining order against Jesus as well.

It appears that the escalated conversation between the former couple led Jesus to kidnap and murder his ex-wife of 20 years.

Initially, authorities convicted him of the murder following the cell phone investigations of Maqueira and Calderin. It was a complicated case for the prosecutors to proceed.

However, Maqueiras’ story got twisted when his father Felix confronted the jury with toll records. He mentioned that Raquel disappeared on the same night that he picked Jesus from a gas station near the Everglades.

Reports claim that Raquel’s murder is a prime result of domestic violence. They found skeletal remains in 2014, two years after the real incident took place. Her remains were discovered in SUV at the bottom of a canal in the Everglades.

No cause of death was recorded at the time.

Nonetheless, Maqueira got convicted of the crime and ended up behind bars.

Jesus Maqueira is not on Wikipedia.

But he is featured on several outlets regarding the murder of his own ex-wife, Raquel Calderin.