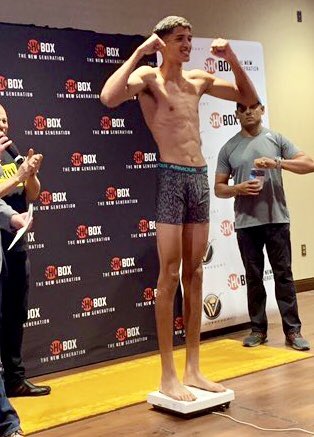 Fighting out of Coachella, California in the Welterweight class division sensation, Sebastian Fundora who is known as The Towering Inferno is an American boxer who holds a record of 16-0-1 with 11 knockouts.

Recently, the professional boxer, Fundora fought against his fellow boxer Habib Ahmed where he won by giving a knockout in Round 2 which was held on 5 December 2020.