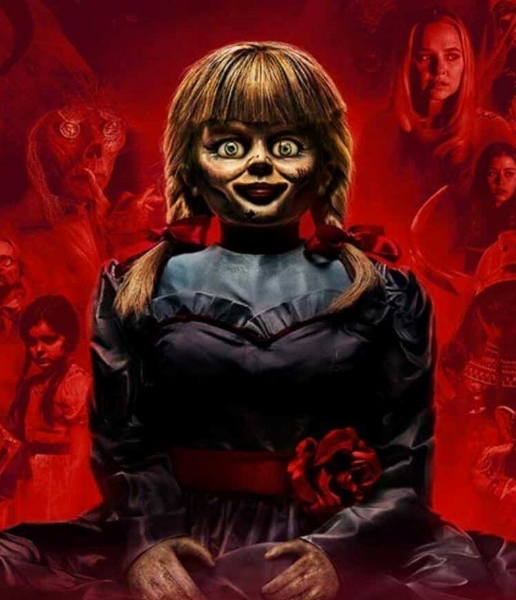 Did Annabelle Escape: Wikipedia? Where is the spooky doll now? Brace yourself and read until the end of this article. Every update about Annabelle is guaranteed.

There might be very few people who don’t know Annabelle. Annabelle is a haunted doll. It was first owned by 2 nurses who claimed the doll to be showing paranormal activities. Later, it was declared to be possessed and was procured by the paranormal investigators; Ed Warren and Lorraine Warren in 1970. It has been placed in the glass box at their museum in Monroe, Connecticut.

The Conjuring Universe is a series of horror movies whose stories are inspired by the real Annabelle doll.

Did Annabelle really escape? In 2020, the terror of Annabelle rose again as the news of her escape went viral on the media.

The rumor of the doll’s escape gained traction when someone edited the Annabelle Wikipedia article with the since-removed assertion that the doll was on the loose.

WHAT DO YOU MEAN THAT ANABELLE ESCAPED. If Corona wont kill me, she will lmao pic.twitter.com/bn2zXuzMTP

With the coronavirus being at its peak during the time, people were seen more scared about the doll being escaped rather than the virus itself. Some people even made funny memes about the circumstance.

Read below to know what actually happened.

Where Is The Doll Now? Truth Revealed

No, the spooky doll, Annabelle, is not stolen. Neither did she escape.

So, relax, the news of her escaping the Warren Museum was just a rumor that raised with a mistranslation. Though paranormal investigators, The Warren Couple, are not in this world anymore, their son-in-law himself took the responsibility to reassure the people that Annabelle is safe at her sacred protective case.

He even went to the museum and made a video with Annabelle in his background and claimed she had been there in the presence of high security.

In 2021, Annabelle is resting in her protective glass case at the Warren Museum.

The museum is owned by paranormal investigators Ed and Lorraine Warren. The museum holds a collection of various artifacts that are believed to have the devil’s possessions. The most known item in the museum is the spooky haunted doll, Annabelle.

The museum was closed for some time in 2017 due to zoning issues, but it’s open in 2021.  However, after the death of the Warren couple, the museum is under the responsibility of Tony Spera and Judy (son-in-law and daughter of the couple).