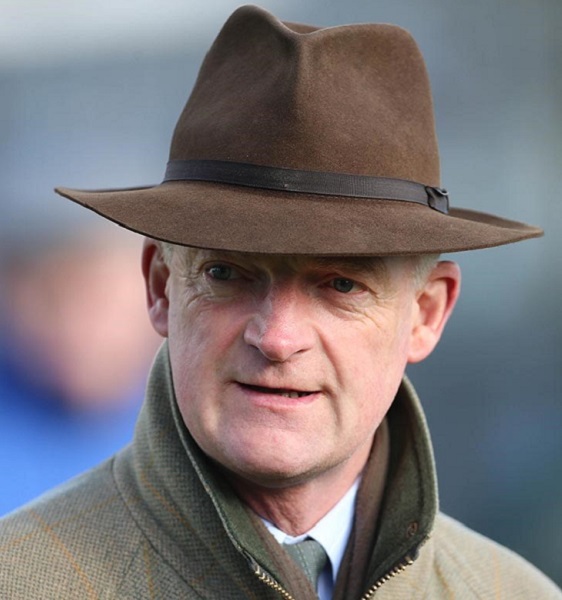 Where is Willie Mullins from? Mother Net Worth Explored. Learn all about Willie in this article.

Willie Mullins is from Goresbridge, County Kilkenny, Ireland. According to his Twitter, he resides in Carlow, Ireland.

Professionally, Willie Mullins is known as a former jockey and racehorse trainer. He is widely recognized for being six times amateur champion jockey.

He was the winner of the 1983 Aintree Fox Hunters’ Chase, and he also won the 1996 Cheltenham Bumper. Even though he had ended his relationship with Gigginstown House Stud on September 28, 2016, he went on to the 2016/17 season as well.

Willie Mullins’s mother is Maureen Mullins. Even his mother was a jockey who was born in a family of nine children.

Some of our runners having a pick of grass this morning #greencorner #Cheltenham pic.twitter.com/ssWDq229Oc

Talking about Willie’s father, Paddy Mullins was also a racehorse trainer who worked for nearly 52 years. Maureen and Paddy got married in 1954. They have four other children apart from Willie.

All of his siblings are Tony Mullins, Tom Mullins, Sandra McCarthy, and George Mullins. When Willie was kicking off his career, he even worked as his father’s assistant.

Willie Mullins’ net worth has not yet been revealed. In fact, the information is still under research.

According to The Sun, his career earnings have been revealed to be €23.2 million, which is equivalent to $27.6 million. All of his earnings are from his profession of jockey and racehorse trainer.

Everything On Willie Background

Talking about Willie Mullins’s background, he was born on September 15, 1956. Hence, he is currently 64 years old.

He had started his racehorse training in 1988. He trained some legendary horses like Hedgehunter, Hurricane Fly, Vautour, Quevega, and many more.

Willie got married to his beautiful wife named Jackie Mullins. Even Jackie is a former amateur rider. Speaking about their children, they share a son named Patrick Mullins. Now, Patrick serves as the assistant trainer to Willie.