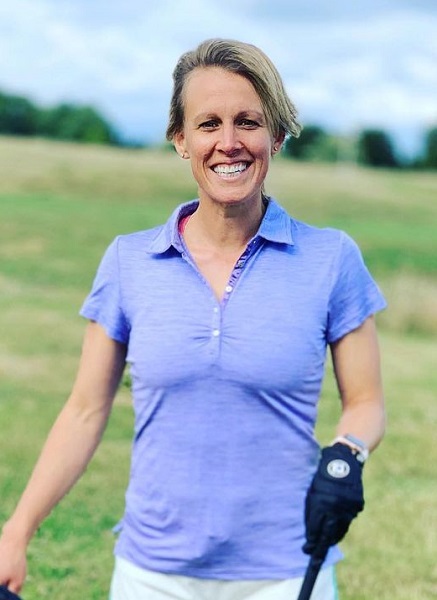 The retired hockey Olympics gold medalist Alex Danson Bennett has announced the birth of her first child with her husband, Alex Bennett. Here is full disclosure of her children and family.

Alex Danson Bennett is a retired professional English hockey player who captained the English Hockey team for 2 years. As one of the reputed hockey players to play for Great Britain, Alex was awarded the MBE title as well.

Moreover, the hockey outfielder won a gold medal in the 2016 Olympics and bagged a bronze medal in the 2012 Olympics Games. Besides, she took her national team to the semis of the world league as a captain, in addition to her club success.

Alex Danson Bennett has tied the knots with her longtime boyfriend, Alex Bennett, in 2019. She had shared her wedding photos on Instagram and received many congratulatory messages from former teammates and celebrities.

As for her husband, Alex Bennett’s Instagram bio suggests that his job is traveler and adventurer. Moreover, he works as a travel manager and guide based in London, United Kingdom.

The hockey gold medalist spends more time with her family as of recent. She and her husband welcomed their first child a month ago. They named their daughter Ava Louise Danson Bennett.

The couple initially announced the birth of their first child in 2020 when they were in Norway. As of January 24, 2021, Alex made an Instagram post with a photo of her adorable daughter.

Why Did She Retire From Hockey?

The 35-year-old announced her retirement in 2019. Many would say it was forthcoming because she hadn’t played for almost a year. Alex Danson suffered a head injury in 2018, which made her retire from the beloved sport.

In her 18 years of a stellar career, Alex Danson Bennett has won several awards and recognitions. Hence, she has amassed a net worth of over a million dollars.