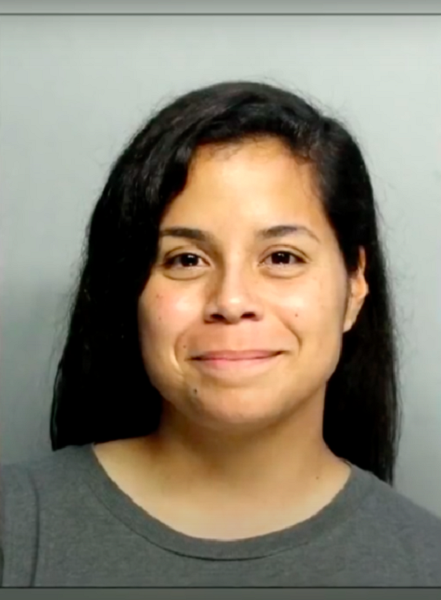 Audrey Nicole Francisquini is facing charges and arrest for faking as a high school. The full events are quite shocking.

With the rise in internet culture, many people try to do odd things to gain followers. A similar incident happened in the case of Audrey Nicole.

It is alleged that Audrey faked as a high schooler to gain the IG clout.

Who is Audrey Nicole Francisquini? The Arrest of Instagram Star

On May 10, 2021, the Maimi-date police arrested 28 years old Audrey from her home. She is being accused of sneaking into American Senior High School in Florida by pretending as a teenager.

Apparently, Francisquini did all the acting to gain Instagram followers.

Audrey Nicole Francisquini’s arrest had come quite shocking to everyone.

Audrey even blended among the students by carrying a skateboard and a painting.

Likewise, she supposedly handed pamphlets to the high school students with her IG user name and requested them to follow her.

Audrey Nicole Francisquini attempted to blend in with the high schoolers by “holding a skateboard and carrying a painting.”https://t.co/lQkdr1Lflc

The alleged criminal has an Instagram under the name @audrey_francisquini. She has amassed over 2k followers on the social site. However, she has kept her IG private for now.

What Are Audrey Charges?

Audrey Nicole Francisquini’s charges are interference of educational institution, burglary, and resisting of an officer.

Reports suggest that Audrey wandered around the high school hall area for a long time. Suspicious of her action, school security stopped her and started asking her question.

However, Francisquini dodged them by replying that she was searching for a registration office.

However, she was not lucky the second time. As a fact, she ran away from the security. Nevertheless, the police eventually found her via her Instagram.

Update on Her Case

However, the police have already been released from jail as the latest news.

The alleged criminal has experience working for the police before. She used to serve in the DeKalb County department, Georgia, up to 2017. However, the department fired her for allegedly leaking private photos of a fellow police officer on the internet.