Alex Martini is an American set production assistant who is better recognized as the girlfriend of actress, model, and singer, Bella Thorne. She has been active in the industry for nearly a decade and has worked on television series such as Keeping Up with the Kardashians, Six Degrees of Everything, Arrested Development and WandaVision, and movies like Kong: Skull Island, Transformers: The Last Knight, Bright, Venom, and Birds of Prey. While her relationship with Thorne became public in late 2019, the latter was already dating her then boyfriend and now fiancé Benjamin Mascolo at the time, and the two have not appeared together recently in public or on social media. Her Instagram profile is currently private. 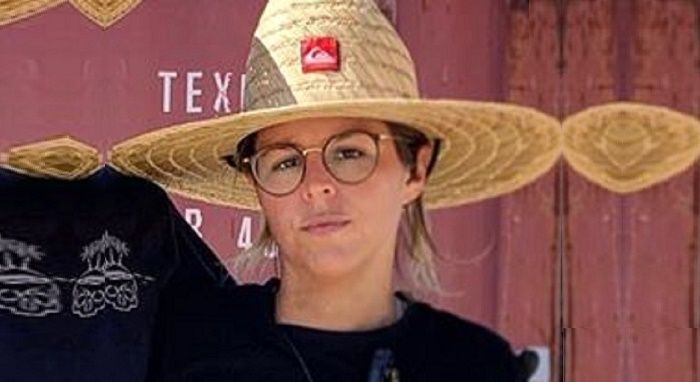 She Is a Set Production Assistant

Alex Martini is no stranger to the entertainment industry and has been working as a set production assistant for quite some time. Starting in 2014, she worked on several episodes of television shows such as Keeping Up with the Kardashians, Project Runway: Threads and Skin Wars. In the next couple years, she moved on to the television series Six Degrees of Everything and the TV movie Grease Live!, and was also the production assistant on as many as 63 episodes of the late night game show @midnight.

In 2016, she was also a key set production assistant on eight episodes of the standup comedy series The Meltdown with Jonah and Kumail. She next went on to work on movies such as Kong: Skull Island, Transformers: The Last Knight, Bright, Destroyer, Venom, Booksmart, and Birds of Prey. During this time, she also provided her services to series like The Orville, GLOW, and Arrested Development. Recently, she worked on the series WandaVision, You and Daisy Jones & The Six, as well as the film Venom: Let There Be Carnage.

Alex Martini has been in a relationship with Bella Thorne, which was revealed to the world for the first time by the Famous in Love actress in early October 2019. However, because Alex is “camera shy”, in her two racy Instagram posts, in which the couple could be seen cuddling up on bed, Thorne hid her new lover’s face with her hands to conceal her identity. In the caption of the post, though, she confirmed that “She’s very cute”, while adding “first girl I have dated that’s camera shy”. Nevertheless, it did not take long for netizens to figure out that Thorne’s new flame was set production assistant Alex Martini, which was covered in detail by most leading media outlets and tabloids. At the time, Thorne was already dating Italian actor, DJ and singer Benjamin Mascolo for about six months since appearing together in the film Time Is Up. Mascolo lived in Italy while Thorne was in the US, which might mean that she needed Alex to fill the void as she waited to be reunited with her boyfriend. 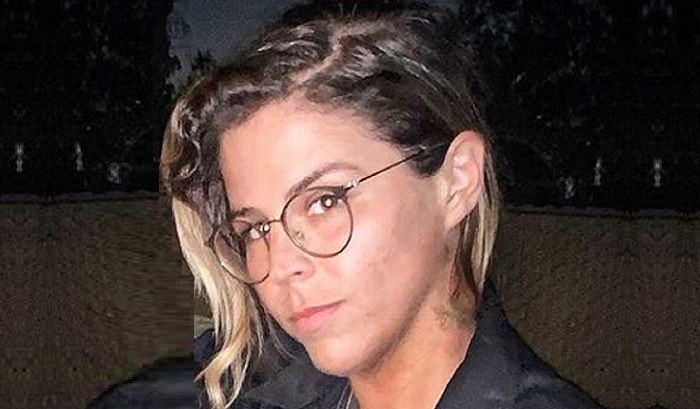 Her Girlfriend Is Pansexual and Polyamorous

When Alex’s relationship with Thorne became public, some speculated if the latter’s relationship with Mascolo had come to an end. However, it did not seem unusual to many who had been aware of the actress’ colorful dating history. Thorne, who has been involved with several men and women in the past, came out as bisexual back in 2016 while answering a question about her sexuality on Twitter. Later, in an interview with ABC News in July 2019, she revealed that she identified as pansexual, which “is the sexual, romantic, emotional, physical, or spiritual attraction to people, regardless of their specific gender identity or sexual expression”. She further mentioned that she did not realize it until “Somebody explained to me really thoroughly what that is and I am pan.” Thorne’s polyamorous relationship with Alex and Mascolo was not her first such involvement either. In the past, she had dated YouTuber Tana Mongeau while she was still in an open relationship with rapper Mod Sun. Interestingly, that unique relationship had resulted in a feud between Thorne and Mod Sun after the latter was spotted with Mongeau following her break up with Thorne.

Her Girlfriend Is Already Engaged

After it was revealed that Bella Thorne was dating Alex Martini along with her then-boyfriend Mascolo, several people came in their support including Mascolo himself, who had replied to the Instagram post with the words “You girls are cute”. Thorne’s ex-girlfriend Mongeau also made it clear that there was no bad blood between them by commenting “Yes Martini” on the post. Since then, both Alex and Thorne kept their affair under the radar, which did not surprise their fans considering the fact that the former preferred to stay away from media spotlight. However, within weeks after the announcement, in November 2019, Thorne opened up about the struggles of balancing her polyamorous relationships in an interview with Cosmopolitan noting, “dating two people at once is a little difficult. I’m just with Ben now, so I’m not seeing any girl currently.” This fuelled speculations that she and Alex had already broken off. While neither made any official statements or appeared together publicly in recent times, Thorne went on to announce her engagement to Mascolo in March 2021.

She Is Obsessed with Tattoos

Alex Martini, also known by her nicknames AJ Martini and Tini, was born on April 14, 1990 in California, United States to Pete and Kristin Martini. She has two siblings, Kylan and Cade Martini. Her sister Kylan is much younger than her and recently celebrated her 11th birthday, on which occasion she shared a collage of pictures with her sister. Despite being shy, she loves to travel and party. One interesting fact about her is that she is obsessed with tattoos and has a number of pictures and words tattooed all over her body. In September 2019, she shared a picture of her bare back filled with tattoos in an Instagram post and revealed that she got her first tattoo 12 years ago. She has a pet female cat which featured on her Instagram profile picture alongside her.