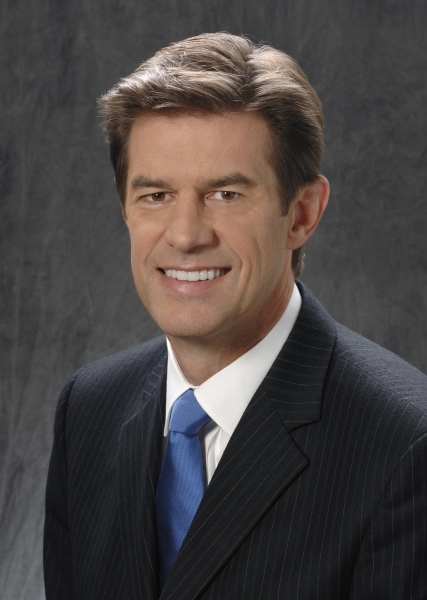 Bob Sellers is a well-known American journalist currently working as an anchor for  Newsmax TV. He started his career from local news channels such as KTVL- News Channel 10, KENS 5 TV, and KING 5 TV Seattle.

In addition, Bob is also an author of Forbes Best Business Mistakes. He won an Emmy award in 2010 for his historic coverage of the Nashville flood.

Currently, the Newsmax TV anchor is swirling all over the internet after he walked out of an ongoing interview with MyPillow CEO Mike Lindell.

So, on February 2, 2021, Mike Lindell was invited to an interview on Newsmax TV to discuss cancel culture. Then Mike, in Support of Donald Trump started talking about election fraud and conspiracy theories. After that, Bob read the statement saying there is no evidence of election fraud. Soon the interview set became a hot ground of discussion as both the parties were angry. So, Bob Sellers walked off the interview leaving his co-host to continue with the interview.

Bob is highly criticized for his behavior and the critics are even threatening to boycott Newsmax TV.

Quick Facts: Who Is Bob Sellers Newsmax? Know About His Wife And Family

No politics. Just a snow day in Virginia. pic.twitter.com/YToJtysHRy