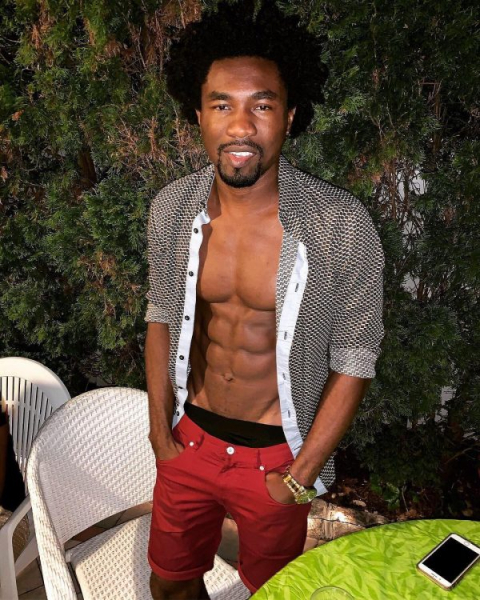 Boma Akpore is one of the contestants of the new season of BBNaija. We will explore more on Boma’s biography and his role in Blacklist.

Boma Akpore is a Nigerian model, actor, and currently a reality show star. Besides that, he is also a mixologist and a former football player.

Who Is Boma Akpore from BBNaija?

Boma Akpore, a Nigerian mixologist, is one of the housemates in this year’s reality TV show, BBNaija.

BBNaija, which is called Big Brother Naija, is one of the biggest reality show sin Africa.

The sixth season of the famous reality show was released on Saturday, 24 July 2021. You can watch the show on Africa Magic and M-Net Trending.

Talking about Boma Akpore’s biography, he grew up on the streets of Yaba in Lagos, Nigeria.

He was raised by his single mother and grandmother. Boma struggled during his childhood and describe it as being ‘extremely tough’.

As they had hard times meeting the ends meet, he had to drop out of the school. But later, he did make it into a film school. He also worked as a bartender and masseuse to meet the ends of his acting career.

In 2004, He took part in Nigerian Fashion Week, one of the most prestigious shows held in the country. Afterward, he modeled for top designers such as JD 7, Adedakare Couture, and Emmy Collins.

One of his notable achievements was representing Nigeria in the Mr. Imperial Universe contest 2016. He won the Best Body and became 2nd runner-up.

Besides, Akpore grew up playing soccer and always wanted to become a professional player one day. After his modeling career, he went on to play semi-pro football. But he suffered an injury, and his dream of becoming a pro soccer player ended.

Afterward, he turned into an acting career. Boma is an actor from the TV show, Blacklist. He has also featured on another TV show called Law and Order.

After a hard-fought journey in his career and also a failed marriage, he is determined to never give up in life.

Boma Akpore Age: How Old Is He?

At 34, Boma has achieved a lot in his professional life.

There is no information on Boma Akpore’s net worth.

He has a very successful career. He also recently launched his own production company, Bonzy Blues Global Partners. Its focus is on TV production and media events. Now, Akpore is in for a new experience by participating in a reality show, BBNaija.

You can find him on Instagram with the username @bomaakpore.