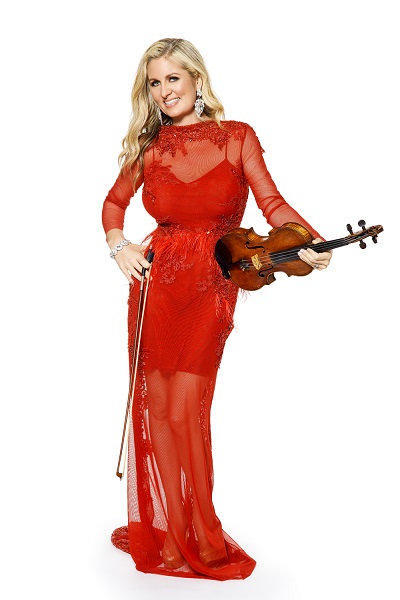 Canadian vocalist and violinist Rosemary Siemens has enthralled audiences all over the world since the age of 3 with her skills.

Siemens has performed for 2 U.S. presidents and Canadian prime ministers, and David Foster, 16-time GRAMMY Award-Winner. Besides that, she has performed at the Grand Ole Opry, 4 times at Carnegie Hall, 3 times at St. Peter’s Basilica at The Vatican.

She was the first violinist to perform at the Sistine Chapel since its first mass in 1483.

Rosemary has not disclosed her age and birth date.

Siemens grew up in Plum Coulee, Manitoba, and did her schooling in Altona.

She was born in a musical family. Her mother, Mary Siemens was was a member of the Mennonite Children’s Choir. Siemens learned improvisation through playing hymns with her mother.

Who Is Canadian Vocalist Married To? Her Wedding

She had a dreamy marriage proposal in March 2017 when she hit the road on her “Have a Little Faith” tour of Western Canada to promote her album, playing 11 shows in 10 cities.

When she was playing in her hometown area of southern Manitoba, her boyfriend, now husband Eli Bennett interrupted her show while playing “Can’t Help Falling in Love With You” on his saxophone. He proposed to her on stage in front of a sold-out audience.

Rosemary accepted the sweet proposal and the video of the proposal went viral and was even featured on MSN News, CBC National News, and Yahoo.

The wedding took place on August 21, 2017. Today, the couple is parents to 2 children. Their first son was born in September 2018 and the second was born recently in April 2021.

Siemens is active on Instagram under the user handle @rosemarysiemens. The award-winning violinist has amassed more than 16.1k followers on the platform.