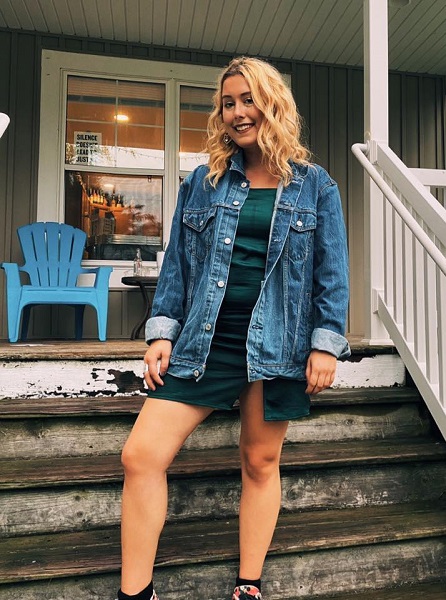 Gracie Lorincz posted an Ava Lane Boutique email on her Tiktok that went viral. Learn what actually happened to her.

Gracie is a TikTok user. She had her job application refused from a boutique saying she was “not that cute.”

TikTok: Who Is Gracie Lorincz?

Gracie Lorincz is a TikTok personality.

Lorincz has got over 4.5k followers on TikTok. Also, her videos have earned around 190.2k likes altogether. Besides, we have no idea what Gracie does for a living. She has not shared her professional status. But she appears to be looking for a job at the moment.

Lorincz’s latest Tiktok video is going viral at present. She had uploaded her response to a reply from her prospective employer. The video has earned over 1.2 million views so far.

Lorincz had applied for a job as a brand representative at Ava Lane Boutique. The boutique is situated near Lapeer Road in Auburn Hills. But Gracie had a mail from Chuck DeGrendel that says she is “not that cute.”

Chuck is the vice president of the boutique she wanted to work at. Actually, DeGrendel has intended to send the mail to his wife, Laura Degrendel. Laura is the owner of the boutique. But he accidentally sent the message to Gracie.

Now the email is viral all over the internet. People are criticizing the boutique owners for making a cruel review of Lorincz’s appearance.

Gracie Lorincz Age – How Old Is She?

Lorincz just graduated from Hope College. She is the daughter of Heather Lorincz. Not much is known about her childhood and early life.

Talking about her personal life, Lorincz has a boyfriend who is a hockey player.

What Happened To Gracie Lorincz?

Gracie Lorincz felt embarrassed after the harsh review of her appearance.

Her mother says she was devastated after receiving a message that insulted her looks.

On the other hand, Chuck and his wife Laura came live on Facebook to apologize. Chuck says he is sorry for saying what he said. In addition, Chuck says he will never handle hiring at the boutique again.

Besides, Gracie has urged everyone not to make any threats to the boutique owners.