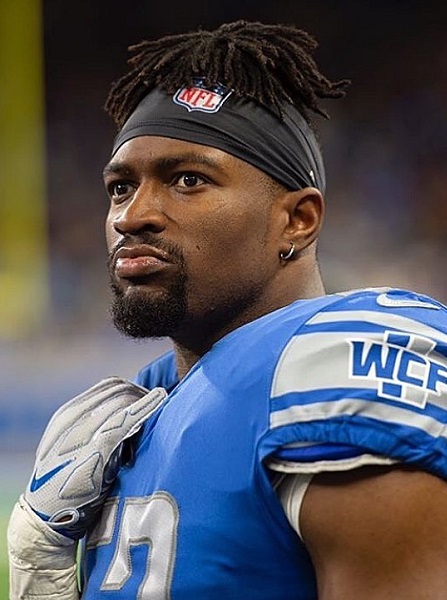 Jason Cabinda is a professional footballer who currently plays as a linebacker and fullback for Detroit Lions. He has been wearing jersey no. 45 for his current side and has already made a total of 14 NFL appearances for them. Moreover, he has already played a total of 24 NFL games until now.

Before being drafted into the NFL draft, he used to play college football for Penn State Nittany Lions. Before his move to Detroit Lions, he played for Oakland Raiders and had made a total of 10 appearances for them in the NFL back in the year 2018. Apart from his football career, he has also worked as a guest speaker and guest analyst.