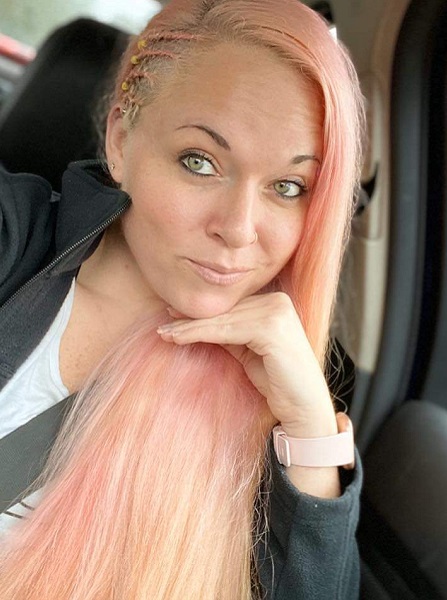 Kelly Morris aka Bubblegumkelz was a nurse on Tiktok. However her statements have led to her job suspension.

The news of people being fired over Tiktok videos is getting very common these days. Just last year, a nurse from Oregon was fired for making jokes on COVID-19 precautions.

This time, a nurse from Carolina has come under fire for her “inappropriate statements” on Tiktok.

Who Is Kelly Morris Nurse Aka Bubblegumkelz TikTok?

Kelly Morris is a former Nurse at The Citadel Winston-Salem.

She was working as a triad nurse at a nursing facility located in Carolina. However, she was recently suspended over alleged “inappropriate video.”

Apparently, Kelly made a series of Tiktok videos in which she reportedly made fun of her patients.

It is alleged that the Tiktoker posted videos in which she talked about giving her patients extra sleeping pills. Furthermore, she supposedly even went as far as to joke that she unplugged her patient’s ventilator to charge her phone.

Disturbed about her statements, people soon reported Bubblegumkelz to both hospital and Tiktok.

She was eventually suspended from her workplace. Likewise, Tikok even banned her account.

Kelly Morris seems around the age of 30s.

She is a resident of North Carolina. Apart from her Tiktok career, Morris also makes rap Music.

In fact, she recently released her single titled “Bubble Rap.” The song is even available on Spotify.

Furthermore, Kelly has already returned to TikTok after her ban. Her new Tiktok goes by the name @bubblegumkelzz.

You can find Kelly Morris on Instagram as @bubblegumkelz.

She boasts over 4k followers on her IG profile.

The nurse has even set a GoFundMe account with a $20K target to seek financial add.

Contrary to the news, Kelly claims that she made the Tiktok videos just as a comic skit. Likewise, she also alleged that she is “patients’ favorite nurse” in the facility.

Morris also said that many nurses reached out to her in her support to talk about the situation.

On the other hand, some nurses are making videos on TikTok condemning Kelly’s actions. The full investigation is still on the way.