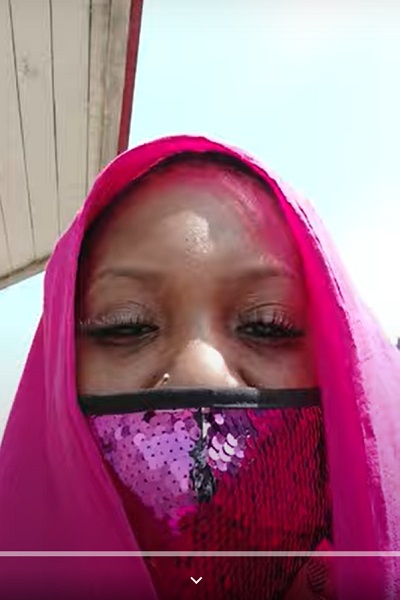 Who is Mama Africa Muslimah on youtube? She is a black person, who was harassed by the Victoria secret, Karen.

A shocking incident was recently uncovered from a mall in New Jersey. A black woman, who goes as Mama Africa Muslimah, was nearly smacked by “Karen”.

Now, Mama Africa has made everything public on her Youtube.

Who Is Mama Africa Muslimah? Discover Her YouTube Channel

Muslimah recorded an incident in which a “Karen” tires to smack her. However, the Karen later becomes hysterical after she realizes that she is being filmed.

Mama Africa Muslimah uploaded the video on her youtube channel with 8.63k subscribers. Similarly, the 3 min 19-sec clip has over 175k views to date.

In addition, Muslimah even started to post a youtube series titled “Karen Goes Crazy” to show the aftermath of the incident. Apparently, she is planning to sue her assaulter.

Previously, she had posted the Karen videos in her Tiktok profile. However, her account was reportedly removed by Tiktok. Nonetheless, another user uploaded the video and got millions of views.

Mama Africa Muslimah is not featured by Wikipedia yet.

She is a black woman native to Nigerian roots. As a fact, most of her youtube videos before the Karen clips were related to her “Life in and around Senegal Africa”.

Who Is The Victoria’s Secret Karen Abigail Elphick?

The Victoria’s Secret Karen has been identified as Abigail Elphick.

In the video, Abigail gets a full meltdown in the Short Hills Mall of New Jersey. Similarly, she even pleas Ukenta to stop filming.

As the clip went viral, people were soon to call her “Karen”. Karen is typically an urban meme that describes a self-entitled and privileged white woman.

Though Ukenta calls the Mall police, they show no concern at all. In fact, they refuse to escort Abigail despite her behaviour.

However, Mama Africa Muslimah has now clapped back. She has decided to sue Elphick and the officers that responded to the incident.

She has even set up a GoFundMe page with a target of $20k USD. Till now, she has already collected $38k USD.

On the other hand,  Abigail Elphick has not given any statement yet.