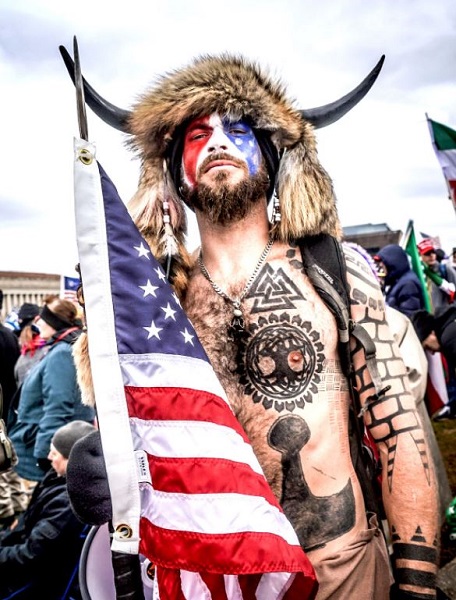 Who Is Martha Chansley? Martha Chansley is the mother of Jake Angeli, who was seen in the US riot earlier this year wearing a horned helmet, fur costume, and body paint. Martha defended her son and still appears to refuse that the US election was fair.

Her son got arrested during the Capitol riot, and he is still serving his time in prison. After her interview with 60 minutes on March 5, 2021, where she claimed that Donald Trump lost the election only due to electoral frauds, people are curious to learn more about Martha. Here is everything you need to know about Martha Chansley.

“He walked through open doors.” – Martha Chansley, defends the actions of her son — aka the QAnon Shaman — during the Capitol siege. This exchange was one of the most telling from the piece. Would watch the full clip. pic.twitter.com/Ie1YJ0YXPf