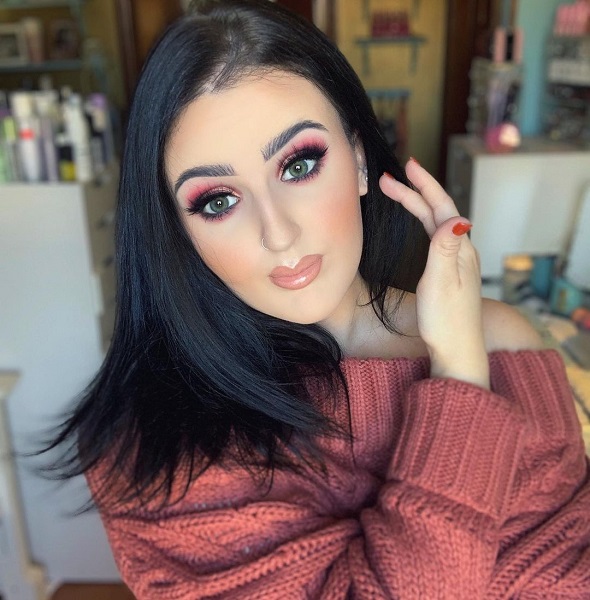 The popular makeup artist Mikayla from Tiktok just revealed her boyfriend to the fans. Stay with the article to find out what else Mikayla revealed about her relationship.

Mikayla is a popular makeup artist and TikTok star whose videos get millions of views. Her real name is Mikayla Nogueira. Mikayla gained massive popularity after uploading makeup videos on TikTok.

Mikayla’s TikTok makeup hacks are tested out on Youtube by many other creators. Nogueira’s main account has 4.5 million followers and 210.1 million total likes, where she mainly uploads makeup videos.

Mikayla revealed her boyfriend’s name to be Cody.

Mikayla posted a video on her main TikTok account on March 22, 2021, revealing all the gifts she received from Cody. It is the first time Mikayla has disclosed any details about her relationship.

On March 21, 2021, on her “Eat with Mikayla” TikTok account, after a fan asked if Cody could tell the fans a little more about himself and his work, Mikayla posted a video with him. In the video, he revealed that he likes to build things for people.

Mikayla’s second TikTok channel has 885.2k followers and 6.3 million total likes, where she eats and answers her fan’s queries.

How Did Mikayla Become Cody’s Girlfriend?

In her TikTok video, Mikayla opened up about how Cody asked her to be his girlfriend.

As Mikayla did not want to be in a relationship, she asked Cody to wait for three months when they first started dating. She said yes when Cody asked her to be his girlfriend three months later, reports HITC.

The couple loves scrapbooking together and Cody gifted her a polaroid camera. Nogueira’s video about Cody’s gifts reveals got 2.8 million views within a day.