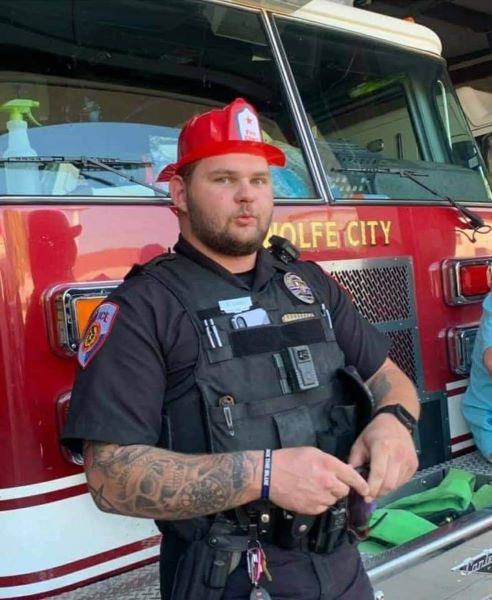 Shaun Lucas is the police officer who is behind the shooting of a man called Jonathon Price. The incident happened in Wolfe City, Texas and the details aren’t out yet. However, it really looks like the officer did more than he as required to do.

The situation is really confusing right now because the police haven’t said anything about the incident. According to Price’s family, Price was separating a fight between a man and a woman near a store when an officer pulled up at the scene.

Shaun Lucas then tased and shot Jonathon multiple times. After that, it has been reported that Lucas refused to help the man and did not perform any kind of life-saving measures. He is currently on a leave and is getting well paid.

Shaun Lucas is the officer who killed #JonathanPrice. He allegedly refused to perform life-saving measures after shooting the unarmed man multiple times. He’s on paid leave. He’s seen here wearing a bracelet that says “Back the Blue”. #JusticeForJonathan pic.twitter.com/orNUbde5TM