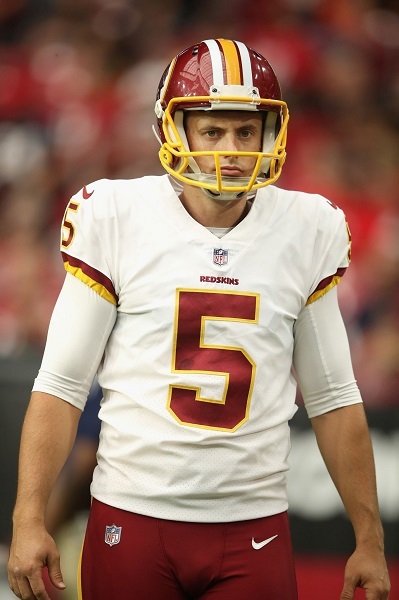 Tress Way is an American football punter, currently playing for the Washington Football Team. He started his football career as a part of his high school team. Later, in his college days, he joined the Oklahoma Sooners football team, where he played 53 games.

Gaining experiences and skills, Way made his spot to Chicago Bears in 2013 as an undrafted free agent. After a few ups and downs in his football career, he finally secured his career at Washington Redskins