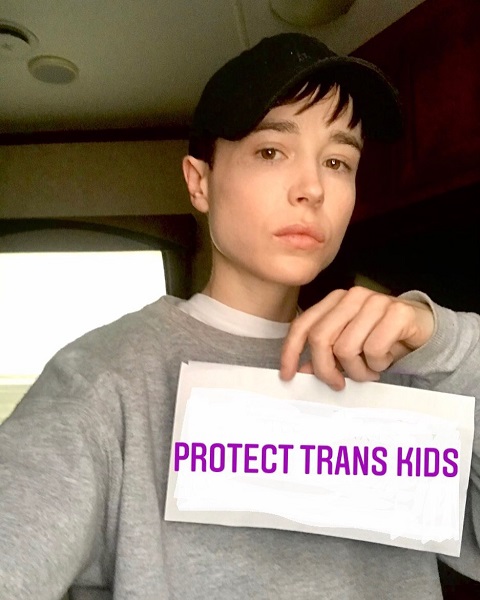 Who Was Elliot Page Before His Transition? Here are some of his photos before and after the transition.

One of the most famous actors, Elliot Page (formerly known as Ellen Page) came out as a transgender man in December 2020. Speaking in an interview with Apple TV+, Elliot finally felt like he exists freely after he came out.

And following that, he has posted the first shirtless photo showcasing his abs on Instagram. The Umbrella Academy actor is really enjoying his life after coming out as a transgender.

Who Was Elliot Page Before His Transition?

Elliot Page real identity was Ellen Page before his transition.

He presented himself as a woman before. The actor came out as gay in 2014. But he still used the pronoun she/her then.

But in December 2020, Elliot Page finally came out as a transgender man. He took it to his social media accounts and changed his name to Elliot” from “Ellen.”

Elliot Page Surgery: Before And After Photos

Elliot Page was recovering from undergoing top surgery when he came out as a transgender.

Ever since then, he has changed his Instagram and Twitter handles to his new name. Also, Elliot Page has deleted all of his photos before the transition.

But one can find Page photos before and after the surgery on the internet. The actor doesn’t really want to hide them.

He wants the world to see him for what he really is and what he has been before coming out.

Here’s a photo of him on the set of The Umbrella Academy.

Elliot Page is recently divorced from his partner, Emma Portner.

He and his wife split in 2020 and their divorce was finalized in 2021. They were married for 3 years.

As of now, Elliot Page is not dating anyone. The actor wants to give some quality time to himself.