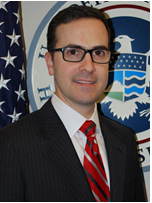 Brandon Wales is the third highest-ranking official and Executive Director of the Cybersecurity and Infrastructure Security Agency (CISA). Furthermore, Wales is also responsible for various jobs associated with CISA like leading long-term strategy development, managing CISA-wide policies, and others.

Prior to that, Wales has also served as the Senior Counsellor to the Secretary for Cyber and Resilience. And, he has plated up for various positions in the Department of Homeland Security (DHS)

Brandon Wales is now leading the Cybersecurity and Infrastructure Security Agency as it becomes the latest arm of the executive branch to take the brunt of the White House’s post-election purge.https://t.co/DtIL23wV45