Kai Madison Trump is an emerging American athlete and golfer who is better recognized as the granddaughter of Donald Trump, the 45th President of the United States. She is the first child of Trump’s eldest son Donald Trump Jr. and his former wife Vanessa Haydon. She has been appearing in the media since her birth, even before her grandfather became the president, and has been seen attending the latter’s election events in recent times. An avid golfer, she has posted pictures and videos of herself on her Instagram, sometimes with prominent golfers like Bryson DeChambeau and Tiger Woods. 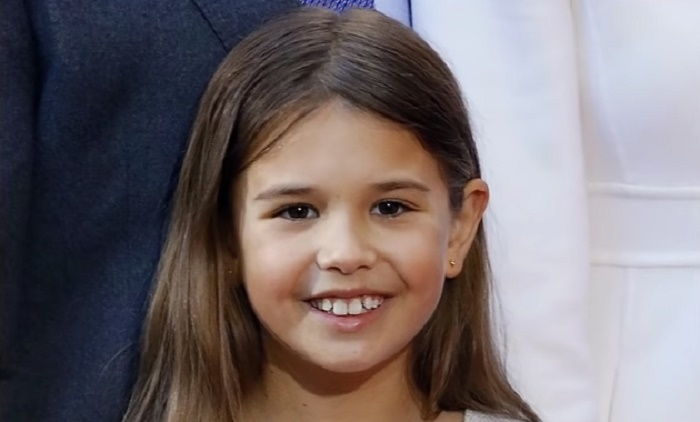 She Is Donald Trump’s Eldest Grandchild

Kai Madison Trump was born on May 12, 2007 in New York City, New York, United States, to Donald Trump’s eldest son, Donald Trump Jr., and his then-wife, Vanessa (née Haydon). Her father is a businessman and former reality television personality and her mother is an actress and model. She is the grandchild of Trump Sr. and his first wife, Ivana Trump. She is also the niece of Ivanka and Eric Trump, and half-niece of Tiffany and Barron Trump. She was the first child born to any of the five children of Trump Sr.

In less than a decade after her birth, her parents welcomed four more children, Donald III (born 2009), Tristan (born 2011), Spencer (born 2012) and Chloe Sophia (born 2014). She also has three cousins from her aunt Ivanka’s marriage to Jared Kushner – Arabella Rose (born 2011), Joseph Frederick (born 2013) and Theodore (born 2016) and another cousin named Eric Luke from her uncle Eric’s marriage to Lara. Interestingly, the eldest among her siblings and cousins, Kai is only 13 months and three weeks younger than her half-uncle Barron Trump, youngest son of Trump Sr. with his third and current wife Melania Trump. Kai and her brother Donald III attend a school in Manhattan. 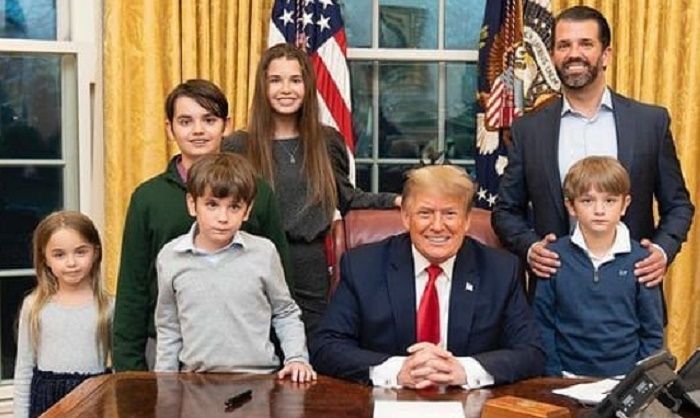 She Arrived Early but Charmed Everyone

An interesting fact about Kai Madison Trump’s birth is that her parents were hosting an Operation Smile gala event in Manhattan when Vanessa’s water broke two weeks earlier than expected, but the soon-to-be-mother stayed at the event for over an hour before she was taken to the hospital. Baby Kai arrived following a 21-hour-long labor, but both the baby and the mother were well. With a head full of hair, she immediately charmed everyone, including her grandfather, Trump Sr., who admitted, “I’ve never seen such hair on a baby in my entire life.” Nevertheless, he was sure to add that the new arrival in the family may call him “Anything but grandpa!” However, that’s exactly what she now calls him according to her Instagram posts. Her father told People that the origin of her name is Danish as she was named after her maternal grandfather, a Danish musician. Kai’s parents, who got married on November 12, 2005 at her grandfather’s Mar-a-Lago estate in Palm Beach, Florida, had announced their first pregnancy in November 2006. 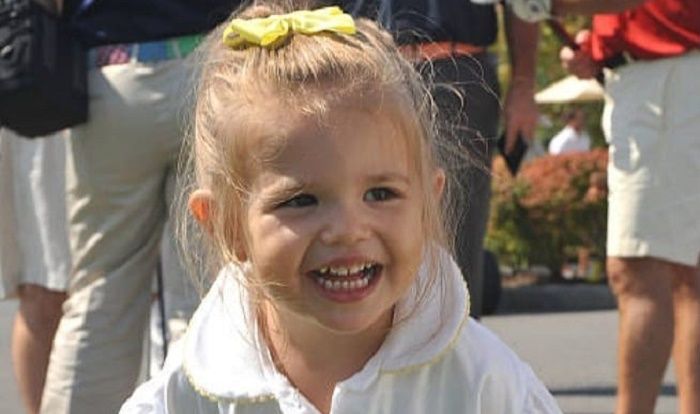 Kai’s parents, Donald Trump Jr. and Vanessa Haydon, first met at a fashion show in 2003 after his father, Trump Sr., came up to her and said, “Hi, I’m Donald Trump. I wanted to introduce you to my son Donald Trump Jr.” Later the same day, Trump Sr. came up to her again saying, “I don’t think you’ve met my son Donald Trump Jr.” The two were introduced a third time by a mutual friend at a birthday party at a New York restaurant six weeks later. However, Vanessa only remembered their past awkward meeting after blurting out if he was “the one with the retarded dad!” They began dating soon after, but the relationship was muddled with more awkwardness. For instance, Trump Jr. proposed to Vanessa in the Bailey, Banks & Biddle jewelry store at Short Hills Mall in New Jersey with a $100,000 4-carat emerald-cut diamond ring, which he got for free from the jeweler on condition that he made himself available for promotional opportunities. It was ridiculed widely in the media as “one of the cheesiest wedding proposals on record”. 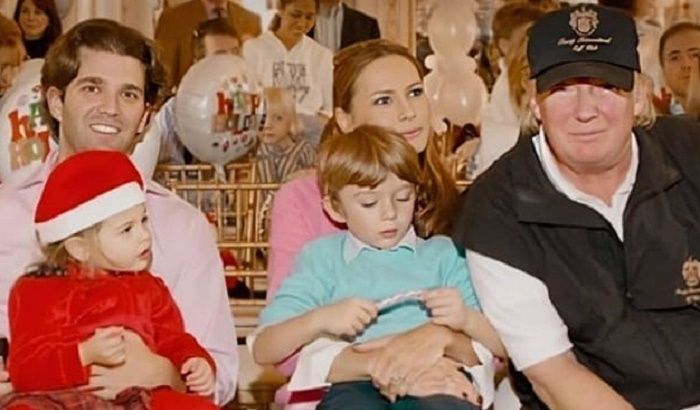 She Has Made Several Public Appearances

Kai’s pictures first appeared in the media in an issue of People magazine shortly after her birth. Since then, she has made regular public appearances with her family members. However, like most members in her family, she drew unprecedented attention from the media and general public after her grandfather announced his candidacy for the 2016 US presidential race. Since then, she has appeared in public with her family several times while attending her grandfather’s rallies and conventions. She has also been pictured with the family during various White House events. Furthermore, she has a public Instagram profile with 72k followers, in which she describes herself as an athlete and golfer. Most of her recent posts are related to golf, like when she played with PGA Tour player Bryson DeChambeau. She also shared a picture of herself with Tiger Woods and her grandfather while wishing the former a speedy recovery in February 2021. 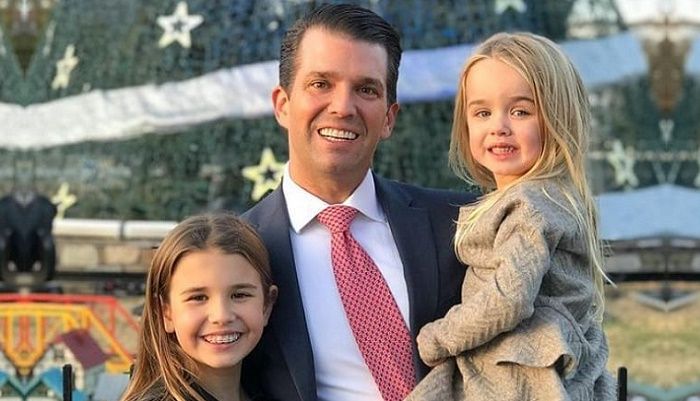 She Got Special Birthday Gift amidst Parents’ Divorce

12 years after their marriage, Kai’s mother Vanessa filed for divorce from Trump Jr. in Manhattan Supreme Court in March 2018. Page Six had previously revealed exclusively citing close friends that the two were heading for divorce. Vanessa was feeling “increasingly lonely and alone in the house with the children” due to her husband’s constant travels and hunting trips. A psychology graduate, she was also worried about the attention her children were getting and about her husband’s controversial tweets. Moreover, she was terrified after she opened a threatening letter addressed to her husband containing white powder the previous month. Nevertheless, in May that year, Kai’s father made her 11th birthday was extra special by gifting her a puppy, which she wanted for years. He shared a series of pictures on Instagram of Kai with the pooch and mentioned in another post that he might steal her present because “This little guy is the cutest”.