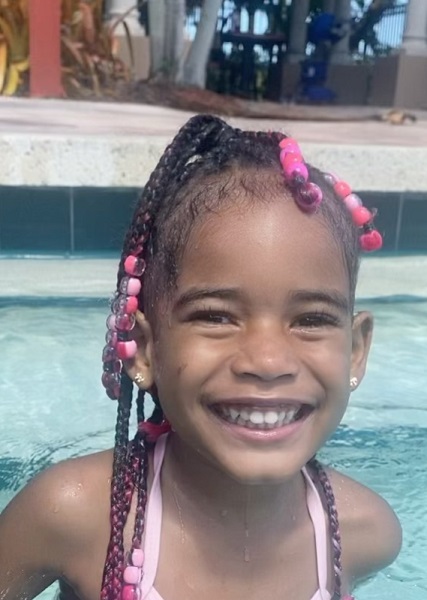 Fetty Wap daughter Lauren Maxwell passes away from the world. How did she die?

A tragedy has struck American rapper and singer, Fetty Wap aka Willie Junior Maxwell II. He has reportedly lost his daughter, Lauren Maxwell.

Lauren was born to Wap’s relationship with Turquoise nearly four years ago.

The sad news was first shared by Lauren Maxell’s mother Fineass Turquoise via her Instagram. She uploaded a boomerang video of her late daughter on the pool with a heartwarming caption.

Turquoise wrote, “This is my amazing, beautiful, funny, vibrant, loving, talented, smart, and hardheaded princess mermaid Aquarius.  If you see this post scrolling by with her comment or just say to yourself “I love you LAUREN ”because they say that souls can feel your love #rip“.

Just a few months ago, Lauren Maxell celebrated her 4th birthday on February 7. Besides, her untimely demise has left her both parents in utter pain.

How Did Lauren Maxwell Died?

Right now, there are no reports on how Lauren Maxell died.

Apparently, Lauren passed away in late June. The news was only shared by her family after a month of the tragic incident.

Last weekend, Lauren Maxell’s father Fetty Way had even dedicated a song to his late child in the Rolling Loud festival, Maimi. In his IG story, the Again rapper wrote “LoLo daddy did that s*** for you last night baby girl”.

Tragedy has surrounded Wap since last year. On October 15, 2020, the singer lost his younger brother named Twyshon Depew, whom he often referred to as a twin.

Depew was reportedly shot to death in New Jersey. He was just 26 years old.

If you know Fetty Wap, you may have curiosity about his eye story. The singer doesn’t appear to have a left eye.

In 2015, the rapper revealed that when he was just a child he suffered from congenital glaucoma, following a small accident. The illness affected both of his eyes.

Previously, there were rumors that Wap was shot in his eyes. However, he has debunked all the rumors and publicly thanked his doctor for saving his vision.

First his eyes, then his brother, and now a loving daughter. We deeply empathize with the rapper.

We send our heartfelt condolences to Lauren Maxell’s friends and family -especially Fetty Wap and Turquoise. Thank You.