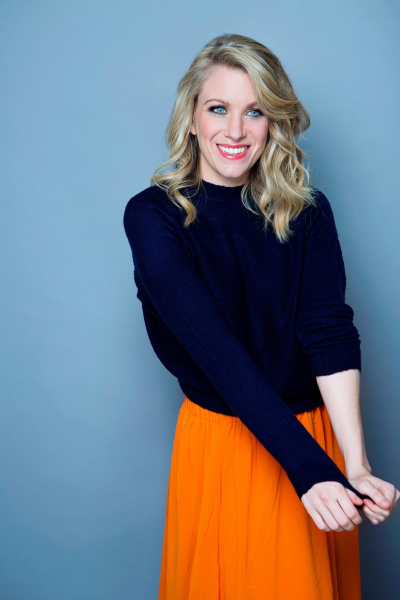 Is the rumor of Rachel Parris being pregnant true? Who is her husband? Find that out and about her wedding and married life in the article below.

Rachel Parris is a BAFTA-nominated comedian, musician, actor, and improviser.

She has been featured in The Mash Report on BBC Two. But the show was canceled in 2021.

No, Rachel Parris is not pregnant.

Rachel has not revealed anything about her being pregnant.

Who Is Rachel Parris Husband?

Rachel Parris, a famous English comedian, is married to her husband, Marcus Brigstocke.

Marcus Brigstocke is a British comedian, actor, and satirist. He has worked in several different fields, from stand-up comedy, television to musical theatre. Marcus has also appeared on several BBC television and radio shows.

Rachel is Brigstocke’s second wife. He also has a kid with his ex-wife.

Rachel Parris’s wedding was in 2019, and she is happily married to Marcus Brigstocke.

Rachel and Marcus first met at a show called Unavailable for Comment at the Edinburgh festival in 2013. But they waited for several years before starting dating. The couple started dating in 2018.

Rachel was born in 1984 in Leicester, England. The English comedian’s age is currently 37.

To talk about her educational background, she attended Loughborough High School. Likewise, she holds an upper second-class (2:1) Music BA from St Hilda’s College, Oxford. In addition, she also has a master’s degree in acting from the Royal Central School of Speech and Drama.

Rachel has had a good run in her career. Rachel’s stand-up comedy has been featured on Live at the Apollo. As a musical comedian, she has had solo shows at the Edinburgh Fringe, the Soho Theatre London, and on national tours.

Her notable achievements as a comedian are her award, The Chortle Award for Best Variety Act, Best Musical Comedy Show. She also was nominated for Best Show 2016.

She is also an experienced improviser and is a founding member of the award-winning improv comedy smash hit Austentatious.

Rachel is active on Instagram with the username @rachelsvparris.