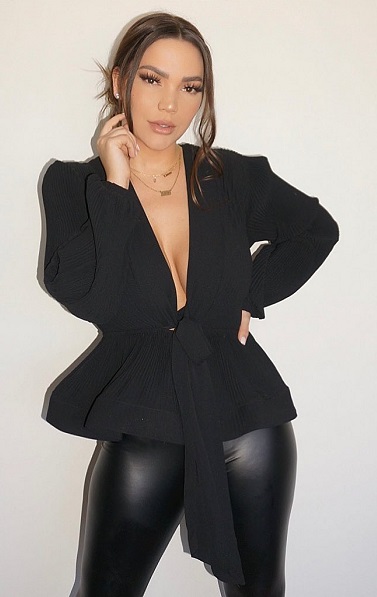 Jessica Parido had given birth to a baby boy in 2019 after winning over Cancer. The father of her child is still a secret.

Is the father of the baby her boyfriend or her ex-husband? This is still a mystery for us.

Jessica Parido is a reality tv star. She is a former cast member of the reality tv show Shahs of Sunset.

She was married to Mike Shouhed. They had divorced in 2015 after she found her husband was cheating.

After the show, Jessica is busy on her online brand Glam Envy and her job nursing. She had given birth to a baby boy on 23 February 2019.

Whose baby did Jessica give birth to is still a secret for the public.

Jessica Parido’s baby’s father is still not revealed by her.

She had announced her motherhood through her Instagram post on 16 April 2019. Everyone was shocked by the news.

She there mentioned that she had no hope of being a mother. She was clinically said to be sterile because of her cancer.

She also mentioned she naturally became a mother, but she nowhere mentioned the baby’s father.

She had divorced her ex-husband in 2015, and there was no sign of dating anyone.

Talking about her boyfriend, she had dated Karlen Shubaralyan from 205 to 2016. Currently, she is single.

There is no trace of her relationships anywhere.

Jessica Parido is a cancer survivor who fought leukemia.

As per The People, Jessica was diagnosed with leukemia when she was 14 years old.

She still remembers the stage and credits herself a victory against cancer. She had a bone marrow transplant, and her sister Kristina had given her bone marrow.

She had mentioned that because of chemotherapy, she was said to be sterile.