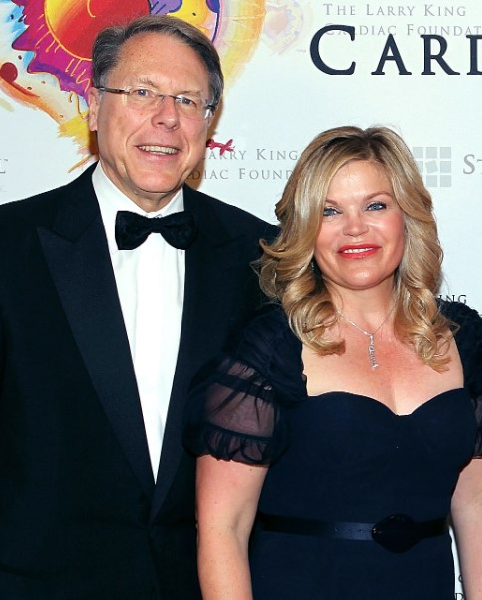 Susan is known for being the wife of Wayne LaPierre a gun-rights activist and the executive vice president (EVP) of the National Rifle Association (NRF).

Aside from that, she herself is the co-chairman of the NRA Women’s Leadership Forum.

Recently, she and her husband are facing a major backlash, after the video of her murdering an elephant has been circulating the web.

Susan LaPierre’s age is 63 years old. She was born in the year 1957 in Wisconsin.

Growing up she was taught how to hunt, fish, and shoot by her father.

They got married on February 14, 1992, and both of them are famous for being gun activists.

This is disgusting. Cowardly mass shootings merchant Wayne LaPierre and his wife gunning down these beautiful animals and for what? Their sick, sadistic version of “fun”? Really makes you question which creatures in this world are the actual beasts. https://t.co/bTMX3xUGiq

While the internet has been raging about the couple’s inhumane act to kill an animal. Many were also making fun of Wayne who was unable to aim or shoot properly, as seen in the video.

Recently the video of Susan LaPierre and her husband, Wayne killing a husband have been surfacing on the internet.

The video is from 2013 when they were filming “Under Wild Skies”, NRA sponsored television series, in Okavango Delta, Botswana.

They were walking down a track in the area when they see an African Bush elephant behind a tree and stops to hunt the animal.

Susan LaPierre shots the animal between the eyes and it lays on the ground motionless, breathing and wreathing in pain.

The woman then proceeds to cut the tail of the poor animal and shouts “Victory” and laughs.

The clip was not shown in the original documentary, fearing bad publicity, and the elephant parts were secretly imported.

It is being claimed that the front feet of the elephant were turned to stools for the couple’s home.

This video released by “The New Yorker” has caused great outrage towards the NRA EVP and his wife.

People have been absolutely appalled by Susan’s behavior, how she cut off the elephant’s tail and then laughed about her said victory.