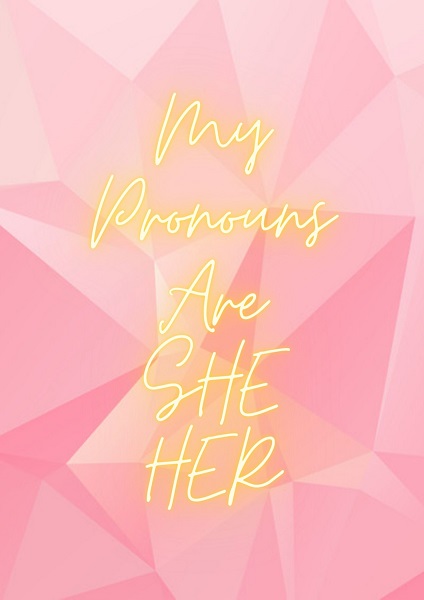 With a trend of using gender pronouns and gender-neutral pronouns on the bio of TikTok, people are wondering what does she/her mean on TikTok?

‘She/Her’ is a pronoun that is used by women or girls and also by some people from the Transgender community who are not comfortable with the sex assigned to them at their birth. They write ‘She/Her’ in their bio to let people know that they prefer being called by those pronouns.

Besides She/Her, there are other pronouns such as he/him and they/them.

For some people, who identify themselves as non-binary, using he or she pronouns might feel limiting to them, hence, they prefer using gender-neutral pronouns as defined by the LGBT Resource Centre.

The most common gender-neutral pronoun is ‘they/them’.

‘She/Her’ is the set of gender-specific pronouns that is not only used to refer to women or girls but also to genderfluid people who prefer being called she/her when they are being referred to.

Some people may use ‘She/Her/Hers’ pronouns too.

Using gender identifiers is not new. The Trans and non-binary community has been using these identifiers for a long time.

However, the trend caught the attention of a massive audience when the grammy-winning singer Sam Smith changed his pronouns to ‘They/Them’ through an Instagram post (now deleted) in September 2019.

Does Adding Pronouns On TikTok Mean You Are The Part of LGBT Community?

Not at all, a cisgender can also use she/her or he/him pronouns on their respective social media.

It is simply a way of showing respect to the LGBT community by letting them know it is safe to use their pronouns and other LGBT terms.

we need to move forward. 💖✨ ##pronouns##gender##expression##identity##lgbt##pronoun##hehim##sheher##ime##fy##fyp

This trend has encouraged many closeted people to come out as either non-binary or transgender.

They have felt free to accept their gender identity by embracing the person they are socially, psychologically, and emotionally.