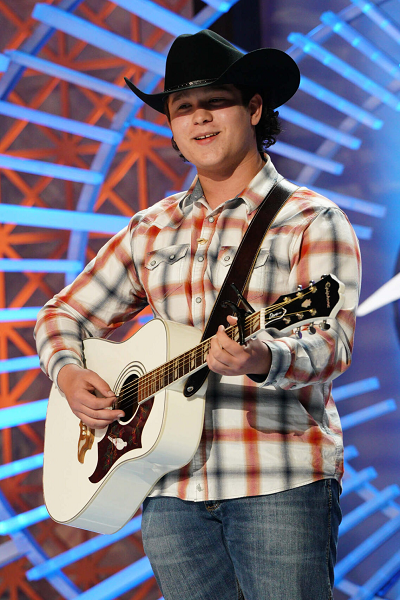 Who is Caleb Kennedy mom? Get to know about the singer mother Anita Guy

Caleb is an American singer and music artist who has now solidified his spot in the “Top 5” of the 2021 American Idol.

The teenage singer is a country artist who is much loved by people all across America for his original songs and lyrics.

He has, on more than one occasion, showed how much he loved and appreciated his mother.

His latest performance on the TV show featured him singing his original song “Mama Said,” dedicated to his lovely mother.

Caleb Kennedy’s mom is Anita Guy, and his father is Marvin Guy.

The couple had divorced when he and his sister, Hannah Bynum, were really young.

He had revealed that his parent’s divorce had affected him pretty hard, and he had used music to cope.

The young singer adored his mother a lot and had mentioned her several times on the show.

Anita also considers her his biggest fan, and she and her husband, Caleb’s stepfather, had made it a point to be virtually present with him.

His song “Mama Said” on Mother’s Day has highly impressed the judges and the viewers.

His grandfather’s name is Rudy Blanton, and his grandmother is Barbara Blanton, his “Nana.”

It was his grandfather who first got him into country music.

What is Kennedy’s Age?

His birthday falls on October 21.

He was born in the year 2005 in Roebuck, South Carolina.

His account is @calebkennedyofficial is already verified with over 60.1k followers so far.

From his Instagram, we can tell that the young singer is a family guy who loves to spend time with his family.

Most of the pictures he has posted are of himself with his loving family.