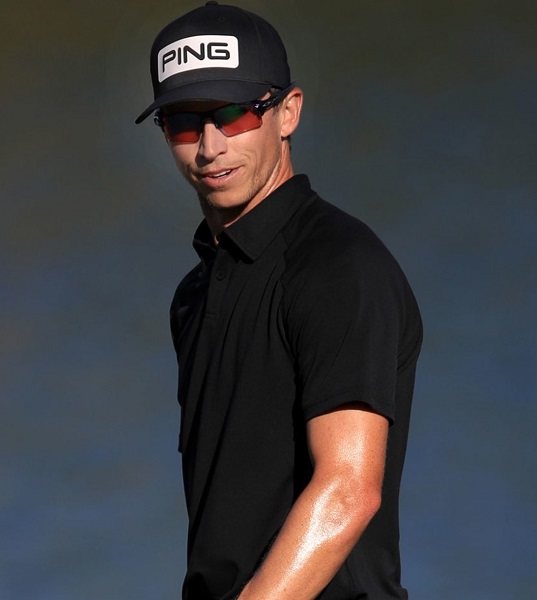 Brandon Hagy and his wife Jay share a lovely family with their daughter. Have a look at his net worth and earnings.

Brandon is a professional golfer from America. He is competing in Rocket Mortgage Classic at the moment.

The lovely couple married on January 14, 2020. Besides, Brandon got engaged to his girlfriend, Jay, in June 2019. Hagy and his wife share pictures of each other on their social media quite frequently. In fact, the two quite openly show their love and affection to each other.

Brandon and his wife welcomed their first child in August 2020. In fact, he had revealed he was expecting a baby girl with a cute Tweet in March 2020. Their daughter is named Hunter Reese Hagy.

The baby Hagy will celebrate her first birthday in August this year. Besides, Jay also calls herself the mom of her pet dog.

Brandon Hagy has a net worth of over $1.5 million.

Besides, Hagy has made earnings of over $1.1 million with his golfing career. In addition, he makes some good bucks with his endorsement deals too.

As per ESPN, Hagy had made $763k after finishing second at The Honda Classic in 2021. Also, he clinched $23k with his stint at the Memorial Tournament presented by Nationwide in June 2021.

Interestingly, Brandon is aiming to earn from the purse of $7.5 million at Detroit Golf Club. He is taking part in the Rocket Mortgage Classic.

Brandon Hagy was born to his parents Rick and Karyn Hagy.

Also, the Hagy family includes another son named Brett. Brandon was born in Santa Monica, California, on March 21, 1991. That makes him 30 years of age now. Furthermore, Hagy attended the Univerity of California in Berkeley.

He majored in business there. On the other hand, he is a graduate of Westlake High School.

Brandon won his professional career in 2014. He competed in Korn Fery Tour before signing to PGA Tour.