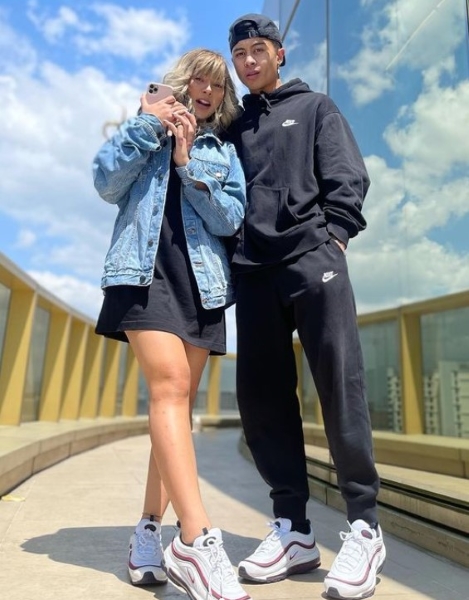 Are Christine Samson and Justin Vasquez dating? The web stars have surprised their fans. Know about the couple here.

Christine and Justine are recently trending on social media following their dating news.

The news has left Netizens excited as they are trying to know the couple as much as possible.

Continue reading to know about their relationship more.

Christine Samson and Justine Vaquez are both well-known web stars.

Christine is a model, streamer, and host. She is popular for streaming Call of Duty for Tier One.

Similarly, Justine is an aspiring singer. He gained recognization for his participation in the 6th season Australian X-Factor.

The pair also has their own individual YouTube channels. Christine is usually seen uploading vlogging videos on her channel, while Justine usually uploads his singing videos.

Christine And Justine Relationship: Are They Dating?

The Filipino couple recently revealed the big news of being in a romantic relationship through their social media accounts.

The big news has surprised their well-wishers, but they are excited about it as well.

Both Justine and Christine revealed the big news on 12th May 2021.

Justine, 22, posted a cute picture with his girlfriend Christine and wrote he wanted “everyone to meet his happiness.”

While Christine, 22, on the other hand, posted their picture and captioned it as “and suddenly, it all made sense with you.”

Christine and Justine’s Instagram have recently featured each other.

Christine Samson is available on Instagram under the handle @christinesamson.

She joined the platform in 2017 and has amassed 1.8 million followers since then.

Similarly, her boyfriend, Justine Vasquez, is available on the platform as @justinevansquenz_.

He joined the platform in 2015 and has earned 313k followers since then.