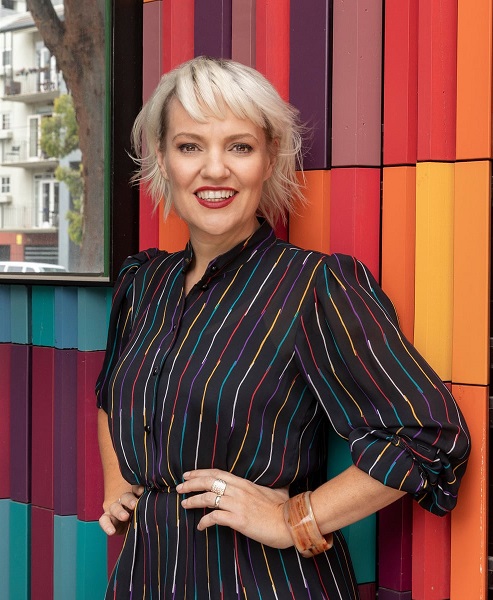 Jacinta Parsons’s husband has been her greatest strength throughout the hard years of suffering from a chronic disease.

Parsons was diagnosed with Crohn’s disease in 1997. She became housebound after years of illness and an operation for Crohn’s disease. Jacinta started her career after almost 9 years of rest.

Jacinta has been married for 19 years. She dated her husband for 6 years before tying the knot.

Jacinta has not revealed the name of her husband.

In an interview with Everyday, Jacinta revealed that she was so lucky to find a person like her husband. She believes taking care of an ill person for such a long time might send people to depression. She feared that someday her husband would wake up and decide to leave her. However, this day never came in Jacinta’s life.

Lucky for her, her husband makes sure that she feels alright. He was aware of her disease even before the marriage. Jacinta’s husband has always been her rock and helped her through the hard times of her life.

The couple is blessed with two children. Their names and age are not known.

Jacinta Parsons is a radio broadcaster and writer from Melbourne.

Parsons began her career with Triple R radio station in 2006. She hosted the Australian music show, Local And/Or General, this show celebrated the emerging local musicians. She also hosted other shows such as Dynamite, Detour, and Breakfasters.

Parsons joined the ABC local Radio’s Double J team as the Music Director in 2015. She co-hosted the breakfast program of ABC Radio Melbourne with Sami Shah.

Since 2020, she has been working as the host of the Afternoon program and cohost of the Friday Revue with Brian Nankervis.

Parsons published a book called “Unseen” in September 2020. This book is based on her experience with Crohn’s disease.

Jacinta Parsons is active on Instagram under the user handle @jacintaparsons. She has amassed 3008 followers on the platform (as of April 23, 2021).